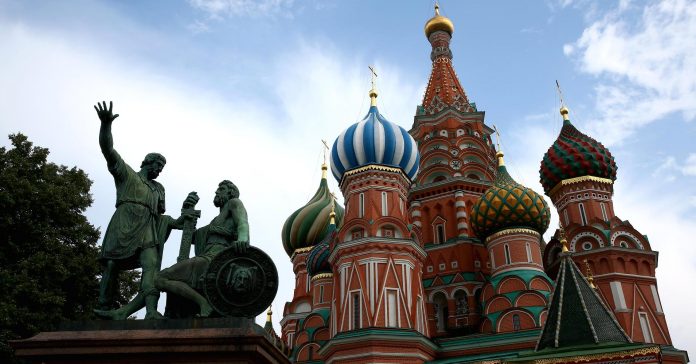 In fact, almost all 96 oligarchs listed in the unclassified annex of the report, who have a net worth of at least $1 billion, can be found in Forbes’ ranking of the “200 richest businessmen in Russia 2017.”

The department made clear that this was not a sanctions list, though many of the individuals on the list are already subject to U.S. sanctions. Now it appears that the list is simply a who’s who of Russia’s rich, seemingly giving it less significance than originally thought.

“The fact the list of oligarchs released resembles Forbes’ rich list, more than it does a public airing of organized corruption centered on the Kremlin, could mitigate slightly some of the concerns of those named regarding potential fallout,” Max Hess, senior political risk analyst at AKE group, told CNBC Tuesday.

“The oligarchs’ list criteria was merely a $1 billion net worth, apparently as reported in the media.”

The report is set to be a serious headache for any named oligarchs, and had already triggered a rush of Russian company’s issuing bonds over fears that being named would stifle their access to Western capital. Stocks of some major Russian firms fell as markets opened in Moscow on Tuesday morning.

The apparent similarity between the U.S. government-issued list and the Forbes ranking has already garnered ridicule on social media, and will likely attract criticism over the thoroughness of the Treasury Department’s work.

“Seems like (it was) difficult for Treasury to distinguish so in the end (they) included everyone and then included a big disclaimer (saying) ‘don’t worry sanctions are not imminent’,” commented Timothy Ash, senior sovereign strategist at Bluebay Asset Management, in an email to CNBC.

At least for now, it seems, Russians should be breathing a sigh of relief — especially after President Donald Trump announced Monday he would not be applying new sanctions mandated by the Countering America’s Adversaries through Sanctions Act (CAATSA). Parts of the Treasury report, which was mandated by Congress as part of CAATSA, remain classified and reportedly contains more names of individuals and entities, some of whom have a net worth of lower than $1 billion.

“The possibility remains that classified information submitted to Congress includes a more thorough airing of the oligarchic networks centered on the Kremlin, but a Russian business person’s publicly-acknowledged wealth of course does not directly correlate to their closeness to the Kremlin,” Hess continued.

Indeed, many of the names listed are in fact not friends of Putin. They include a number of people who have reportedly fallen out with the Kremlin and even some who have seen their businesses seized, like the billionaire brothers Aleksey and Dimitriy Ananyev.

“Inclusion on the list will not be as pleasant as seeing ones name on the Forbes list given the environment and legislation that prompted it,” Hess added.

The Treasury’s report release coincides with a sanctions deadline set by the CAATSA, which Trump signed only after expressing significant opposition to it. The president has declined to enact new sanctions on Russia as mandated by CAATSA, garnering anger from many members of Congress.