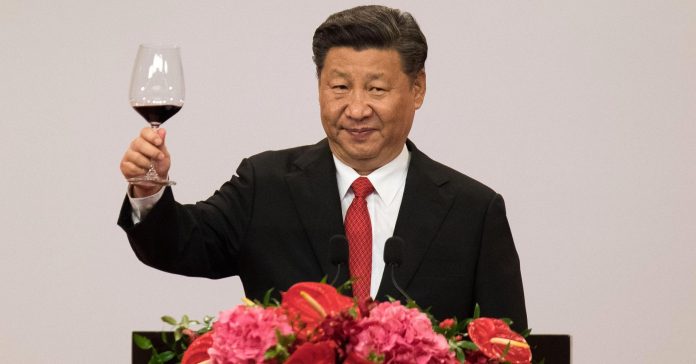 China is prepared for a trade war with the United States, but the U.S should consider the costs of starting one, an expert on U.S.-China relations said Thursday.

Robert Ross, a professor of political science at Boston College, told CNBC: “The Chinese have made it clear: ‘You want a trade war? We’re prepared.’ And they are. Because of course they have a very large market and a very robust economy.”

In fact, nationalistic state media outlet Global Times said in a Wednesday op-ed that China should be ready for a “looming trade war.”

“Beijing needs to give Washington head-on blows in a similar manner and must not be soft,” the op-ed said.

It’s worth considering the possible fallout for Americans and U.S. companies operating in China, if there is a trade war, he said.

“We should remember two things. One, Chinese exports to the United States improve the American standard of living by selling less expensive goods to United States that we benefit from — and we don’t make those goods anymore.”

“One should be cautious before we say this is a one-way street,” Ross said of the economic relationship between the U.S. and China.

Reports on Tuesday said President Donald Trump’s administration is considering a trade package including tariffs on $60 billion worth of Chinese goods, which may target the tech and telecommunications sectors — among others — in China.

Ross also pointed out that the trade deficit with China — at a record $276 billion last year — is a result primarily of economic factors instead of policy issues.

Larry Kudlow, who Trump has tapped to be his new chief economic advisor, also had harsh words for Beijing on Wednesday, calling for a “coalition of large trading partners and allies against China.”

But Ross said such a coalition was unlikely.

“The Europeans are constantly tripping over each other to get advantages in China. And to think they would fall behind the United States and impose sanctions that would put at risk their own economic growth — I don’t think that’s probable at all.”

Furthermore, if China becomes a trade adversary, it does not portend well for any U.S. talks with North Korea on denuclearization, he said.