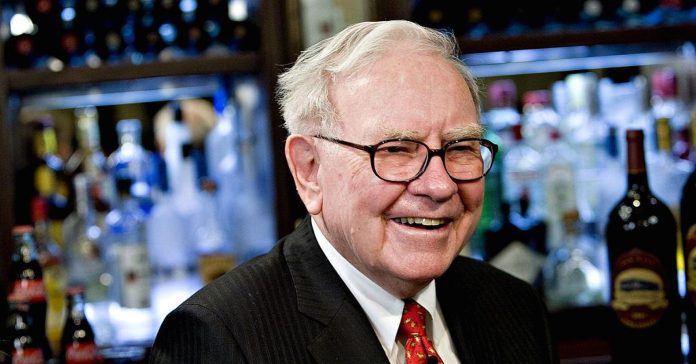 Warren Buffett’s Berkshire Hathaway released its closely-watched annual letter on Saturday, in which the Oracle of Omaha told investors that the holding company’s investment gains would continue to be ‘substantial’ in the coming years.

The Omaha, Nebraska-based conglomerate’s net earnings rose to $6.29 billion in the fourth quarter of 2016, up from $5.48 billion in the comparable year ago period.

“Our expectation is that investment gains will continue to be substantial – though totally random as to timing – and that these will supply significant funds for business purchases,” Buffett wrote in the letter.

“Concurrently, Berkshire’s superb corps of operating CEOs will focus on increasing earnings at the individual businesses they manage, sometimes helping them to grow by making bolt-on acquisitions.”

Buffett also lauded what he called the “miraculous” performance of the U.S. economy, a dynamic he expects to help boost the company’s own bottom line. Since 1965, Berkshire has returned a whopping 19 percent annual gain.

“Our efforts to materially increase the normalized earnings of Berkshire will be aided – as they have been throughout our managerial tenure – by America’s economic dynamism. One word sums up our country’s achievements: miraculous,” he said.

Buffett, one of the world’s richest men and widely considered to be a highly skilled investor, was also critical of fund managers. He wrote that “both large and small investors
should stick with low-cost index funds.”

–Reuters contributed to this article.