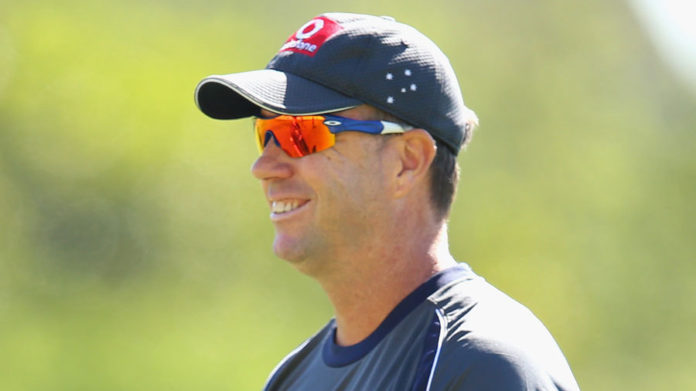 Former Australian allrounder Stuart Law has been appointed as the West Indies coach. Law takes over the position that has been lying vacant ever since the West Indies Cricket Board sacked Phil Simmons last September on disciplinary grounds. Law, the WICB said in a media release, will start his new job from February 15 and his contract is for two years.

He might have played a solitary Test for Australia, but Law was one of Queensland’s most distinguished cricketers and went on to become a legend for the state in Sheffield Shield competition. Law, 48, has a solid pedigree in coaching. He had brief stints as head coach at Sri Lanka in 2011 and Bangladesh from 2011-12 and has served in various coaching roles with teams from around the world.

One of Law’s latest assignments was as head coach of Khulna Titans in the Bangladesh Premier League. WICB president Dave Cameron was seen watching the BPL to raise curiosity – it is understood he was there to conduct talks with Law.

Law is the third Australian to be West Indies’ head coach. Bennett King stepped down after the 2007 World Cup after being in the role for two years. Countryman John Dyson, his successor, too was in the role for two years before the WICB sacked him in August 2009. Curiously Law’s contract ends in February 2019, just three months before the next World Cup in England, which begins May 30 of that year.

“His core functions will include improved team results while providing leadership to players and team management,” the WICB release said. Law would be the first to admit it is no doubt an onerous task. They might be the only team to be crowned the World Twenty20 champions twice, but West Indies occupy the bottom rungs in the ICC rankings tables in the other two formats.

Lead by 25-year-old Jason Holder, West Indies are ranked eighth in Tests and ninth in ODIs. The two-time ODI world champions finished behind Pakistan and Bangladesh in the qualifying race for this summer’s Champions Trophy. They are now jostling once again with Pakistan, three points behind them for eighth place on 86 points, to gain automatic entry for the 2019 World Cup. The cut-off date for qualification is September 30, 2017, with the ODI nations who sit outside the top eight then joining the qualifying tournament which is currently scheduled to take place in Bangladesh.

Law said the West Indies assignment had come at an “important time” in his career. “I am excited at the opportunity to contribute to what I think is an interesting time for West Indies,” the WICB release quoted Law on his new job.

Outgoing director of West Indies cricket Richard Pybus, who was part of the selection panel for choosing a new coach to replace Simmons, said Law was taking over at what is a “critical time in the development of the WI men’s team, with the emergence of some outstanding young talent, as seen in the most recent test series against Pakistan. He has great experience and breadth of knowledge as a player and coach and his cross-cultural experience and winning attitude will be key assets in the development of the team.”

Law is the third new appointment announced by the WICB in the past month. Former West Indies captain Jimmy Adams was appointed as West Indies director of cricket to replace Pybus. Johnny Grave starts as the WICB chief executive from February, a role previously held by Michael Muirhead who stepped down last October.