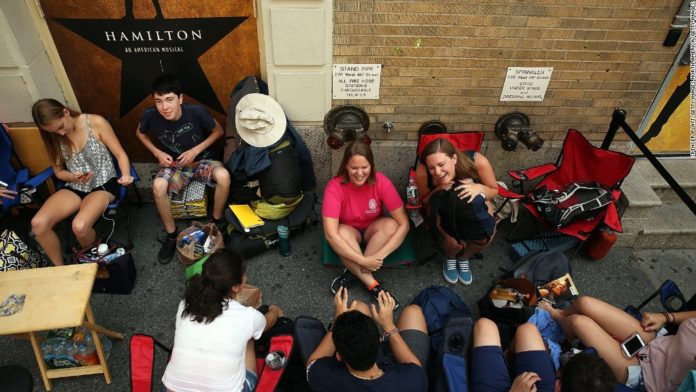 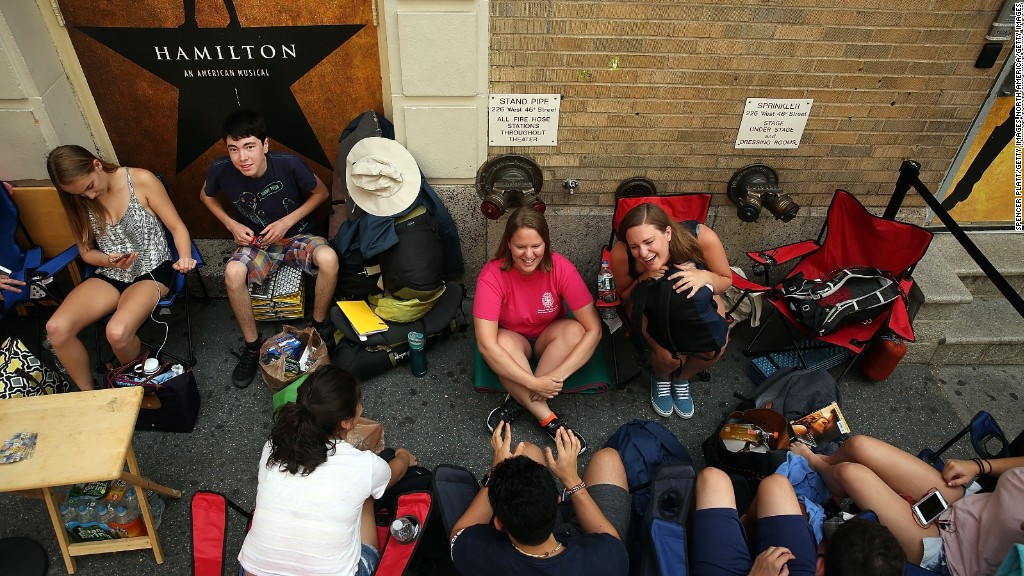 A ticket selling scam featuring the Broadway hit “Hamilton” — where resold tickets can go for thousands of dollars — bilked investors out of tens of millions of dollars, a federal complaint charged Friday.

New Yorkers Joseph Meli and Matthew Harriton were charged with running a Ponzi scheme that targeted people eager to profit off resold tickets to “Hamilton,” Adele concerts and other popular events.

According to a complaint filed by the Securities and Exchange Commission, the pair have raised $81 million from 125 investors across 13 states. They’ve allegedly diverted $51 million of those funds toward personal purchases — including jewelry, school and camp tuition.

Related: ‘Hamilton’ has best week ever for a Broadway show

The complaint states that the suspects started luring investors in January 2015. Meli and Harriton told investors they would pool their money to buy tickets to popular shows in bulk, and then resell those tickets at a higher price, the complaint states. Investors were promised that they would get 10% annualized profit within one year of the investment. They also were promised half of future profits from the sales.

They claimed to have an agreement with the producer of “Hamilton” to buy 35,000 tickets. The SEC says that none of Meli and Harriton’s entities had formal agreements with “Hamilton,” and that those tickets were never bought.

“Meli and Harriton raised millions from investors by promising big profits from reselling tickets to A-list events,” said the SEC’s Boston Regional Office director Paul G. Levenson in a statement. “In reality they were moving investor money in a circle and creating a mirage of profitability.”

Related: ‘Hamilton’ tickets as high as $10,000 on report Lin-Manuel Miranda is leaving

Meli and a third man, Steven Simmons, were charged in a separate case accusing them of a Ponzi scheme involving a hedge fund. The charges from the U.S. attorney’s office include wire fraud, securities fraud and conspiracy.