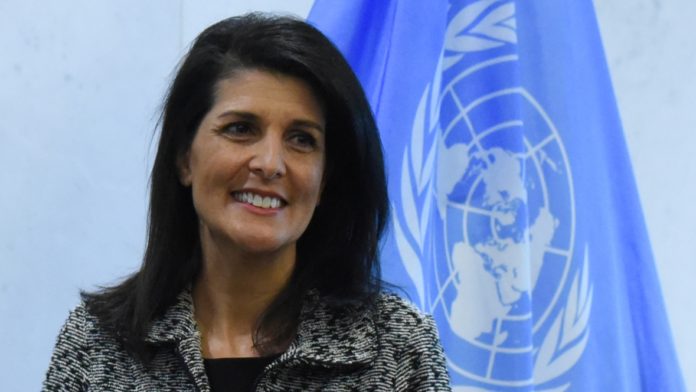 Nikki Haley says U.S. goal is to demonstrate its strength and back its allies

Nikki Haley, the new U.S. ambassador to the United Nations, is announcing a new way the U.S. does business. She says the Trump administration’s goal is to show U.S. strength and force and defend its allies — and as for countries opposing America, “We’re taking names.”

The former South Carolina governor says the United States will look out for its allies as long as its allies are on the U.S. side.

“For those that don’t have our back, we’re taking names. We will make points to respond to that accordingly,” she said.

Haley spoke to the media immediately after entering UN headquarters for the first time Friday. She presented her credentials to Secretary General Antonio Guterres.

She said it’s a time for “fresh eyes” on the United Nations and the U.S. is going to improve everything that’s working and try to fix everything that isn’t working.

She says “anything that seems to be obsolete and not necessary, we’re going to do away with.”