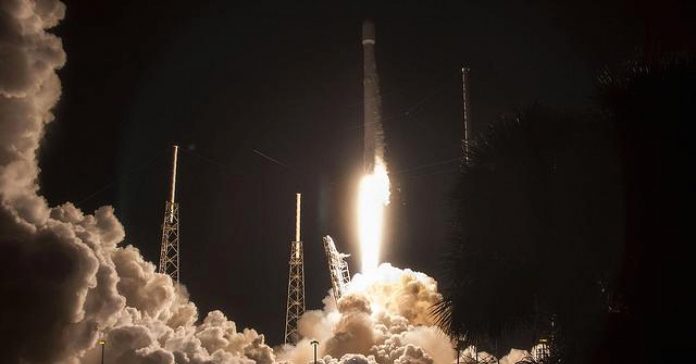 SpaceX CEO Elon Musk is pleased, but not satisfied.

California-based SpaceX achieved an unprecedented milestone Thursday night, by successfully launching a previously used portion of its Falcon 9 rocket, and then once again reclaiming it.

The rocket carried a satellite for communications provider SES into geosynchronous orbit, before landing on a drone ship called “Of Course I love You.” SpaceX has been launching satellites for Luxembourg-based SES for years, and SES reportedly received a discount on the launch for being the first client to launch with a reused rocket.

The launch “shows you can fly and re-fly an orbit-class booster, which is the most expensive part of the rocket,” Musk said on a SpaceX webcast during the flight. “This is ultimately a huge revolution in spaceflight.”

Musk congratulated his team via Twitter after the launch, and then immediately issued another challenge: reduce turnaround time between future launches to 24 hours.

SpaceX has said reusing rockets could lower launch costs by 30 percent of the $62 million starting price the company currently charges, which is already a discount over competitors’ prices.

Slashing turnaround times could be another valuable goal for the company, particularly as launch costs continue to fall.