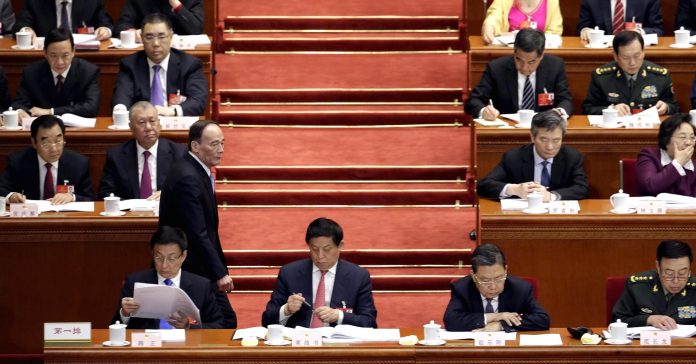 “It has some significance as a ‘main theme’ drama premiering before the 19th Congress of the Communist Party of China,” Yuchen Wan, an analyst at the China Market Research Group, told CNBC in an email.

The term “main theme” is often used to refer to productions, including films and television series, that feature similar overarching themes with government policies, Wan explained.

It is common in China to have television programs premiering in coordination with political events, Wan added, highlighting how another series called “Eastern Battlefield” was released in 2016 for the 95th anniversary of the Communist Party of China.

So far, reception to the show has been positive. The pilot episode of “In the Name of the People” was viewed 7.5 million times on streaming site iQiyi and 350 million times across all platforms, online media platform Quartz quoted reports as saying.

The show received a boost on social media site Weibo too. Lu Yi, the actor playing the show’s main protagonist, has 24.9 million Weibo followers. He received at least 33,434 “likes” for a message he shared to promote the series on the day it premiered.