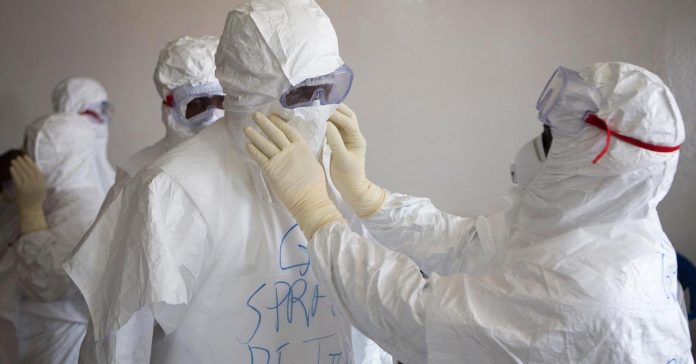 Scientists want to identify viral threats lurking in the wild.

Zoonoses like Ebola, SARS and Zika are viruses that originate in animals and can spread to humans. They can kill swaths of people and cost billions to contain and prevent from happening again. Most aren’t known until they spark deadly emergencies.

Scientists only know 263 viruses that have infected humans. The Global Virome Project estimates there are 263,000 unknown viruses in wildlife capable of infecting people, meaning they know less than 0.1 percent of them.

The international partnership estimates 1.7 million viruses exist in wildlife, and that finding all of them would cost about $7 billion. It wants to find 71 percent of the unknown viruses, an effort it estimates will cost $1.2 billion over a 10-year period.

Doing so could help scientists prepare for threats instead of simply responding to them once they become pandemic, said Peter Daszak, a member of the Global Virome Project’s steering committee and the co-lead for science and technology.

“I just think that purely from a philosophical point of view, if pandemics are the big threat to global health right now, and our math shows they’re increasing in frequency and getting bigger and are exponentially rising in costs, then isn’t it about time we treated it at the species level and said this is an existential threat to us?” said Daszak, who also serves as president of EcoHealth Alliance, a nonprofit that studies emerging infectious diseases.

“We need to come together to do something about it, and finding all the unknown viruses out there that could become pandemic is an obvious first step,” he said.

EcoHealth Alliance’s research has shown pandemics are becoming a greater risk to global health because humans are interacting with wildlife and traveling around the world. Daszak says the research could lead give scientists a database of viruses that would allow them to understand how and where they travel, as well as to slow progression and block transmission if or when they emerge.

The project could also be attractive for pharmaceutical companies because it could allow them to anticipate viruses and target them more broadly, he said.

Drugmakers have expressed frustration with the current system, saying it disrupts their day-to-day operations when they attempt to quickly develop a vaccine when an outbreak occurs. Typically, by the time something is developed, it usually is unwanted by the time it’s ready.

However, Daszak recognizes the Global Virome Project is a long-term investment, and one that people might be skeptical of. He likens it to the Human Genome Project, which took more than a decade and nearly $3 billion to complete.

“When (the Human Genome Project) was first proposed, it got a lot of criticism: super expensive, over ambitious, the promises were over promises. This is what people said. That it was going to revolutionize medicine. Well by the end of it, it kind of did,” Daszak said.

The Global Virome Project has pinpointed locations to target their research using EcoHealth Alliance’s global emerging disease hotspots map. Scientists used data from outbreaks over the past 50 years to identify what makes regions predisposed to outbreaks.

Field work for the Global Virome Project will start this summer in China and Thailand.