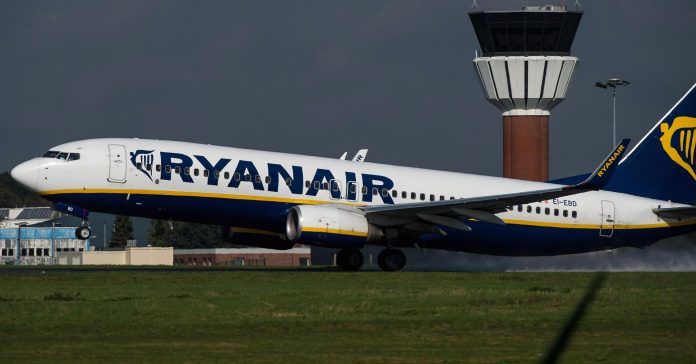 Ryanair issued a statement Friday informing passengers about their right to compensation for thousands of canceled flights as the budget airline faced the threat of legal action over allegedly misleading statements made so far.

The move came after the Britain’s Civil Aviation Authority (CAA) gave the budget airline gave Ryanair until 4 p.m. GMT (12 p.m. ET) to issue the press release and provide a link to it on the company’s website. The regulator said Wednesday it had begun an enforcement action against the Dublin-based airline for “persistently misleading passengers” about their rights to compensation.

“We apologize again sincerely for the disruption and inconvenience our rostering failure has caused some of our customers,” Ryanair’s Kenny Jacobs said.

It was not immediately clear whether the aviation authority would be satisfied with the letter.

The deadline was spelled out in a letter from CAA Chief Executive Andrew Haines to Ryanair’s chief legal and regulatory officer that includes several other conditions for resolving the aviation authority’s concerns.

“This issue is urgent as passengers may already have been disadvantaged by taking a decision based on misleading information provided by Ryanair,” Haines said in the letter. “We therefore require you to meet the deadlines set out above.”

The regulator has threatened to take legal action after Ryanair on Wednesday scrapped 18,000 flights in a second round of cancelations following the airline’s admission that it “messed up” scheduling of pilot vacations.