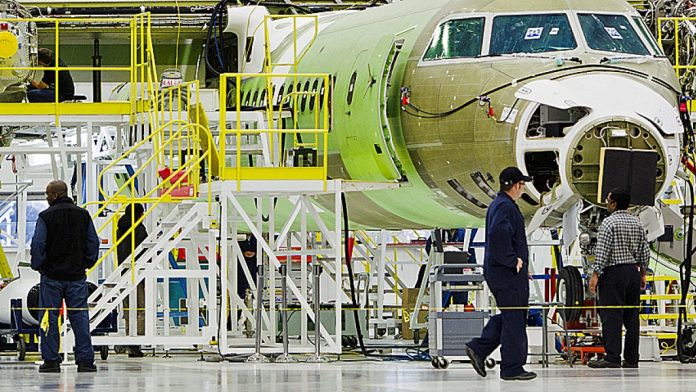 The World Trade Organization (WTO) has agreed to look into allegations from Brazil that the Canadian government has unfairly subsidized Bombardier’s CSeries jet program.

The Geneva-based trade body will establish a panel to look into allegations brought forth by the South American nation that Montreal-based Bombardier was the beneficiary of more than 25 government programs to the tune of more than $3 billion US in subsidies, which put Brazilian plane maker Embraer SA at a disadvantage.

Bombardier “has received subsidies from local governments that have allowed Bombardier to sell its aircraft at artificially low prices,” Embraer says, adding that the alleged subsidies are an “unsustainable practice that distorts the entire global market, harming competitors at the expense of Canadian taxpayers.”

The trade body will now name a three-person panel to rule on the matter.

The move comes on the heels of a stunning decision earlier this week from the U.S. Commerce Department to slap duties of more than 220 per cent on the sale of the jets in the United States, after American jet maker Boeing made a similar complaint.

“We believe that the decision of the Commerce Department reinforces the Brazilian Government’s claim in the panel opened today at the WTO,” Embraer CEO Paulo Cesar Silva said.

The WTO news comes on what would have otherwise been a day of good news for Bombardier, as the company announced early Friday that Indian airline SpiceJet had placed an order for up to 50 Bombardier Q400 jets.

SpiceJet has agreed to buy a firm order of 25 of the turboprops, with an option for 25 others. If it buys 50, it would be Bombardier’s biggest single sale of Q400s ever valued at $1.7 billion.