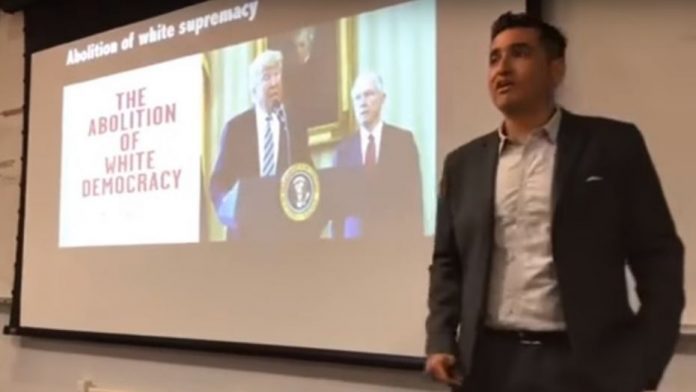 A California professor’s controversial social justice lecture on “the abolition of white democracy” has gone viral after a student videotaped the anti-Trump presentation and shared it online.

“So we begin with the fact that we exist in a white supremacist, patriarchal, heteronormative, capitalist system,” Ponce says at the outset of his one-hour talk, “White Supremacy in the U.S.” The speech was the first in DVC’s Social Justice Lecture Series for the 2017-2018 academic year.

A DVC spokesperson told Fox News that Ponce was a guest speaker for the voluntary forum and noted the presentation was not held in a classroom setting. 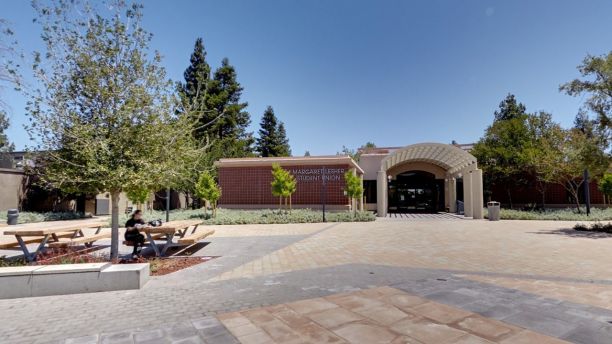 “The video of professor Ponce was taken at a Community Education forum which is open to students and the outside community and covers a variety of speakers expressing a variety of views intended to stimulate thought and dialogue,” Chrisanne Knox, director of marketing and communications for DVC, said in a statement.

In the video, Ponce laments that white supremacist Richard Spencer is “historically accurate,” and says Spencer isn’t controversial, but factual when he calls America a white man’s nation.

The political science professor also says the U.S. Constitution is a “white man’s constitution” and praises Karl Marx, who wrote “The Communist Manifesto,” as “one of the most profound thinkers in the history of western philosophy.”

Standing in front of a slide showing a picture of Trump and Attorney General Jeff Sessions, and which featured the phrase “the abolition of white democracy,” Ponce says, “it is fitting that a white supremacist of old with a white supremacist today exist and sit there smiling in the White House.”

Ponce adds: “No voting’s going to help. No writing your congressperson. We need to smash white supremacy at every institutional level in this state…and we try to use legal means, but are legal means enough?”

A student, during a question and answer period, chimed in by taking Ponce’s statements a step further: “When we do abolish this white democracy…it will have to be in conflict…where we have to bear arms, where we’d have to go against and do what is illegal.”

Ponce responds: “Well, what is illegal in the eyes of the state.”

“Colin Kaepernick stands up – literally takes a knee – but stands up for justice, what is right. But what happens? He’s vilified…out with no job,” Ponce says. “There will be repression. Yes, that always happens. But those who are willing, not only to take a knee, that’s just the beginning, that’s just a symbolic, peaceful gesture. It’s going to take a lot more work.”