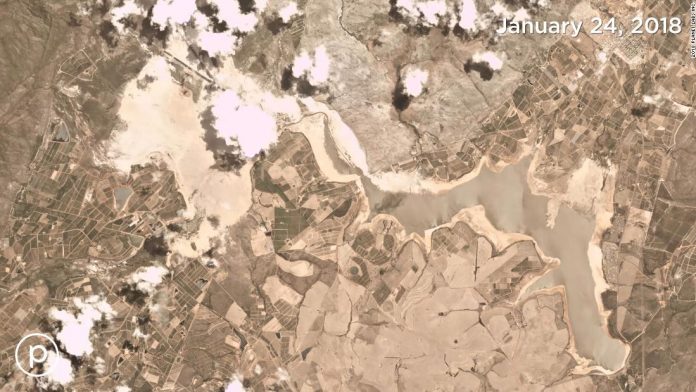 The dam is so massive, it holds more than 480,000 megalitres of water, or 126 billion gallons. It accounts for 53 percent of all water in the region’s dam system.

NASA satellite imagery shows the broader impact that the worst drought in a century has had on the region. The green is the vegetation. The blue are lakes. Both have shrunk, especially near Cape Town.

These ‘false color’ images are generated by NASA’s satellite, which uses multiple wavelengths to help identify different landscapes on Earth.

In an effort to conserve as much water as possible, Capetonians will be restricted to just 50 liters of water a day — about 13 gallons — starting Thursday.