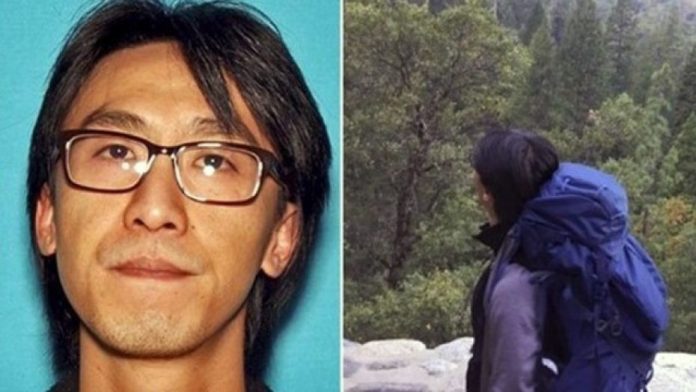 Alan Chow had not been seen since Feb. 17 when he was found by searchers Friday.

KTVU reported that Alan Chow, 36, was last seen Feb. 17 at one of the park’s entrances. However, in part because of the President’s Day holiday, he wasn’t reported missing until Tuesday when a co-worker noticed he had not shown up at his office.

The National Park Service said Chow was spotted from a helicopter Friday above Wapama Fall in the Hetch Hetchy area. Authorities said he had sustained minor injuries, but was otherwise healthy.

Park Ranger Scott Gediman told KTVU that Chow got lost when some of the trails he meant to follow were covered up by snow. He added that Chow “did the right thing by setting up his tent, using melted snow for drinking water, had some food, had warm clothing and was able to stay put.”

The National Park Service also praised Chow in its statement announcing his rescue.

“His preparedness and ability to make good decisions were key to his rescue and good health,” it said.

Approximately 60 people participated in the search effort, which ended with Chow’s rescue and reunion with family members.

“We’re just thrilled and thankful we were able to find him,” Gediman said. “The fact that Mr. Chow is safe and reunited with his family is just the best news and we couldn’t be happier about it.”