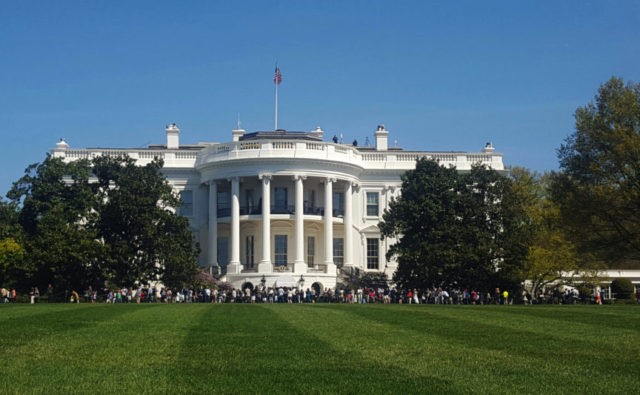 Video captured from the scene shows people running for safety.

Video taken by @OANN videographer immediately after shots rang out. SS has just told me situation under control. Still on lockdown for the meantime. pic.twitter.com/GRtzjoS0uy

U.S. Secret Service says the situation is under control, and initial reports are that it was a single self-inflicted gunshot wound.

BREAKING: Secret Service personnel are responding to reports of a person who allegedly suffered a self-inflicted gun shot wound along the north fence line of @WhiteHouse.

The extent of personal injury from the gunshot is not currently clear, nor the motivation of the shooter, or whether there were multiple shots.

UPDATE: No other reported injuries related to the incident at @WhiteHouse.

President Trump was never in any danger, as he is at his Mar-a-Lago residence in Florida at the moment.

The all-clear has not been given as of the moment of the filing of this report but is expected shortly.