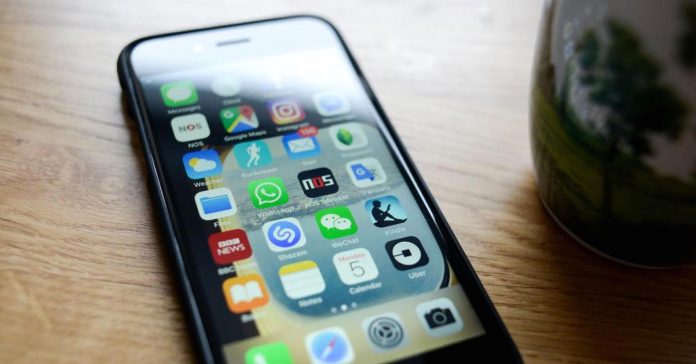 Messaging and e-payment app WeChat has become the latest Chinese technology to be banned by an overseas military on security grounds, with Australia instructing its armed forces not to use it.

The country’s defence department said the service did not meet its standards, although it did not directly link the ban to security concerns.

Late last year the U.S. military banned the use of drones made by China’s DJI, the world’s largest maker of the devices, citing “cyber vulnerabilities.” Other Chinese technologies have come under scrutiny, with a plan by mobile phone maker Huawei for a tie-up with US telecoms firm AT&T falling through under U.S. government pressure.

The Australian Financial Review newspaper reported last month that U.S. security officials had voiced concerns about Chinese involvement in the development of fast 5G networks in Australia. Also in January the US blocked the US$1.2 billion sale of money transfer firm Moneygram to China’s Ant Financial, the digital payments arm of Alibaba, while in September Chinese-backed Canyon Bridge Capital Partners’ US$1.3 billion bid for Lattice Semiconductor was rejected.

More from the South China Morning Post :
Could self-declared moderate Christine Fong be a threat to Hong Kong’s democracy camp?
Can Jackie Chan lead Hong Kong artistes in the fight for more showbiz roles in mainland China?
In Mike Pompeo, Donald Trump has the enabler for his multifaceted China policy

Analysts said the ban on WeChat for military personnel was most likely a political move, but was in line with policies in other countries.

“It is obvious that Australia is standing on the same side as the US and follows its steps. The WeChat ban is more a political behaviour to show its support for the US,” said Li Yi, chief fellow at the Shanghai Academy of Social Sciences.

“However, it is understandable that the Australian defence department banned staff from using WeChat on concern over messages being monitored by the Chinese government,” Li said.

“It is the same story in most countries, where defence departments have to use authorised software. WhatsApp and Facebook are completely banned in China,” he said.

WeChat, owned by internet giant Tencent, has 1 billion monthly active users globally. Tencent did not reply to requests for comment.

However, the ban does not mean Australia is closed to business with China, others said.

“Australia could learn from WeChat as a payment system,” said Professor Greg Austin, acting director of the Australian Centre for Cyber Security at the University of New South Wales (Canberra).

“Huawei and ZTE will continue to capture market share in Australia regardless of whether the government blocks them from some projects on security grounds.”