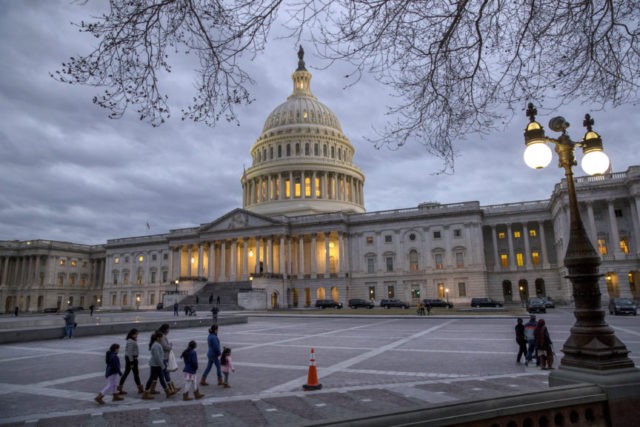 The Senate passed bipartisan legislation that would roll back regulations created by the Obama-era Dodd-Frank financial overhaul.

The bill – otherwise known as the Economic Growth, Regulatory Relief, and Consumer Protection Act – marks a rare moment during President Donald Trump’s presidency in which both Democrats and Republicans voted for a piece of legislation. Roughly a dozen Democrats voted for the banking reform bill.

The bill faces an uncertain fate in the House, since the House passed a more aggressive rollback of the Obama-era Dodd-Frank legislation with the Financial CHOICE Act. The CHOICE Act was sponsored by House Financial Services Chairman Jeb Hensarling (R-TX).

Chairman Hensarling said in a statement on Wednesday:

I want to congratulate Chairman Crapo and the Senate for putting together and passing a package of helpful bipartisan banking bills. I look forward to combining them with our helpful House bipartisan banking bills and getting that combined bill to the President’s desk. We must provide much needed regulatory relief to our community financial institutions so they can help finance homes, cars, small businesses, and our constituents’ American dreams.

The Senate bill, sponsored by Senate Banking Committee Chairman Mike Crapo (R-ID), would exempt small and community banks from more onerous financial regulation. Now, the House and the Senate will work to strike a compromise between the two chambers of Congress.