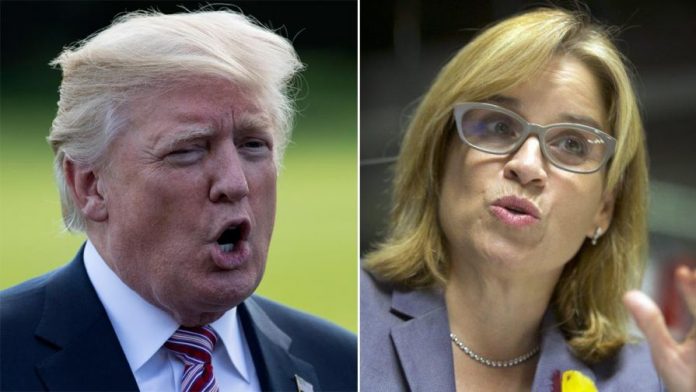 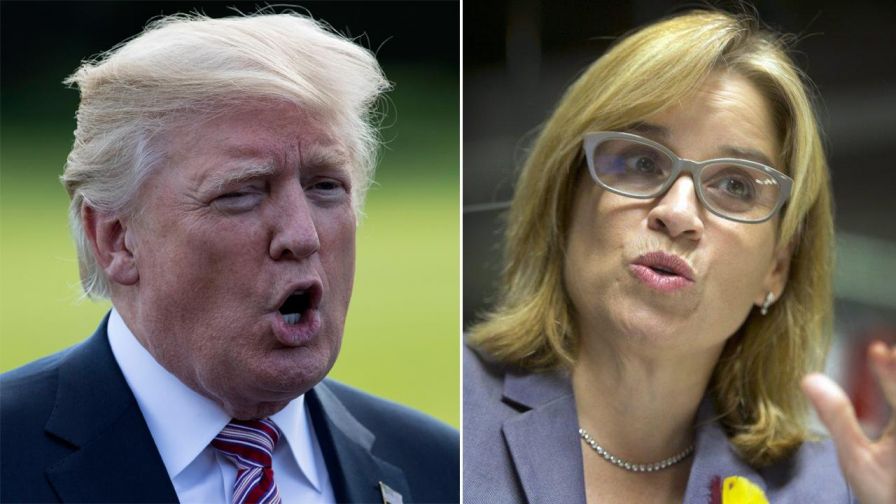 President Trump on Saturday defended his administration’s hurricane recovery effort in Puerto Rico and questioned the leadership of San Juan Mayor Carmen Yulin Cruz who is criticizing the president’s effort to get supplies, electricity and other relief to the U.S. island.

But after facing criticism over his attacks of the mayor, Trump tweeted praise for several other officials involved in the recovery, including the governors of Puerto Rico and the Virgin Islands. He also praised Puerto’s Rico’s representative in Congress.

“We must all be united in offering assistance to everyone suffering in Puerto Rico and elsewhere in the wake of this terrible disaster,” the president tweeted.

He called out three government officials for praise.

“The Governor of Puerto Rico, Ricardo Rossello, is a great guy and leader who is really working hard,” Trump said. “Thank you Ricky!”

“Just spoke to Governor Kenneth Mapp of the U.S. Virgin Islands who stated that #FEMA and Military are doing a GREAT job! Thank you Governor!” the president said.

He also tweeted: “Congresswoman Jennifer Gonzalez-Colon of Puerto Rico has been wonderful to deal with and a great representative of the people. Thank you!”

Earlier Saturday, the president singled out Cruz for criticism, accusing her of “poor leadership.”

Cruz, in response, said later Saturday morning that she’ll “continue to do whatever I have to do” to get federal hurricane assistance.

“So, who am I?” she asked. “I’m just a little mayor from the capital city of San Juan. This is a three star general telling the world right now he does not have the appropriate means and tools to take care of the situation.”

Cruz said later Friday that she wanted to “make sure somebody is in charge that is up to the task of saving lives,” while the president asserted that U.S. officials and emergency personnel are working all-out against daunting odds, with “incredible” results.

Trump also tweeted: “The military and first responders, despite no electric, roads, phones etc., have done an amazing job. Puerto Rico was totally destroyed,” and, “Fake News CNN and NBC are going out of their way to disparage our great First Responders as a way to “get Trump.” Not fair to FR or effort!”

Puerto Rico Gov. Ricardo Rossello, a Democrat, has said the administration is being responsive to the island’s needs and on Saturday appeared to try to deflect questions about Cruz’s comments.

He suggested the Trump-Cruz issue was to his “side” and said his message is that he’s “here to help” and collaborate with the federal government on resources.

On Friday, Rossello said Trump has responded to his requests after the island was clipped by Hurricane Irma, then struck by Maria.

He also said the Federal Emergency Management Agency and its director, Brock Long, have essentially been in contact with him “all of the time.

On Thursday, the U.S. military named Buchanan to oversee the response effort.