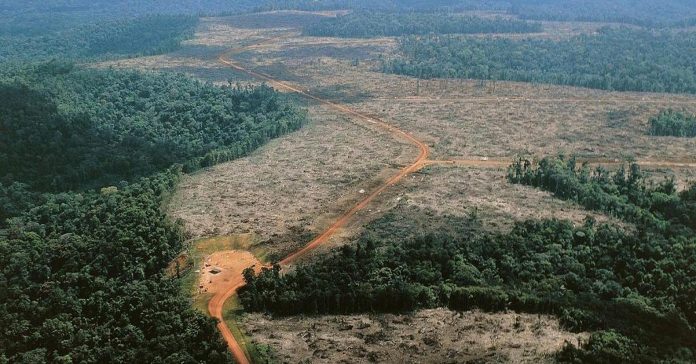 Tropical forests now emit more carbon than they capture, according to a study published in the journal Science.

In an announcement Thursday, climate change think-tank the Woods Hole Research Center (WHRC) said the tropics now represented “a net source of carbon to the atmosphere,” roughly 425 teragrams each year. This, it added, was greater than the annual emissions of all trucks and cars in the U.S.

The WHRC said that widespread deforestation, degradation and disturbance had caused forests to become a “source” of carbon rather than a net carbon “sink.”

Forests play a key role in the fight against carbon emissions — trees absorb carbon when alive and release it when they die.

“These findings provide the world with a wakeup call on forests,” Alessandro Baccini, WHRC scientist and lead author of the report, said in a statement. “If we’re to keep global temperatures from rising to dangerous levels, we need to drastically reduce emissions and greatly increase forests’ ability to absorb and store carbon.”

Baccini went on to say that forests were the only carbon capture and storage “technology” we had in our grasp that was “safe, proven, inexpensive, immediately available at scale, and capable of providing beneficial ripple effects.” These included regulating rainfall patterns to providing indigenous communities with livelihoods.

Alongside field work the team, which included scientists from the WHRC and Boston University, used 12 years of satellite imagery, field measurements and laser remote sensing technology as part of its method. This, the WHRC said, allowed researchers to “capture” losses in forest carbon from wholesale deforestation and also fine scale degradation and disturbance.