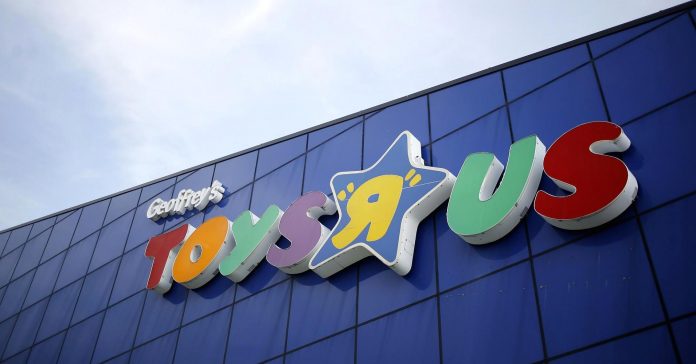 Toys R Us has just gone into administration in the U.K., putting more than 3,000 jobs at risk, although all 105 stores will continue trading for now, reports said Wednesday.

The process has been described by administrators as an “orderly wind-down.”

This latest blow follows a wave of closures all over the U.S. as the toy giant, a staple of American family life since its founding in 1948, fails to hold its ground against online shopping platforms.

Whether some or all of the stores will close “remains to be decided,” said Simon Thomas, a joint administrator at Moorfields Advisory, the administrators appointed over Toys R Us U.K.

Shoppers can expect a large sale of remaining products, but online services will be closed, according to a Moorfields press release. The administrators have encouraged customers to redeem gift cards and vouchers “as soon as possible.”

The lead-up to today’s news is a £15 million ($20.8 million) VAT bill that the retailer is unlikely to be able to pay off due to poor sales. The U.K. branch had staved off administration in December after striking a deal to inject more money into its pension fund in order to win the state-backed fund’s support for a restructure.

At that point, at least 26 loss-making stores were scheduled for closure by spring 2018.

“We will make every effort to secure a buyer for all or part of the business,” Thomas said. “The newer, smaller, more interactive stores in the portfolio have been outperforming the older warehouse-style stores that were opened in the 1980s and 1990s.”

The demise of the iconic children’s retailer, which has more than 1,500 stores worldwide, is just one in a stream of companies shutting their doors and seeing shrinking market presence as big box retailers struggle to compete with e-commerce contenders like Amazon.

Macy’s, Sears and J.C. Penny are among some of the other once-dominant consumer favorites whose stores have been going dark across America over the last few years.