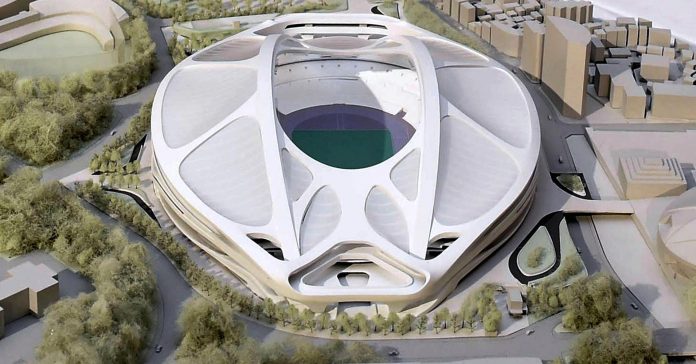 The Pyeongchang Winter Olympics has been hailed as the most tech-centric ever, but Tokyo now wants to beat that record in 2020.

Masa Takaya, spokesperson for The Tokyo Organising Committee of the Olympic and Paralympic Games, told CNBC on “Squawk Box”: “Tokyo 2020 is on track to deliver the most innovative Games in history.”

Many have called the Pyeongchang Olympics the most high tech in history, with it serving as a testing ground for the largest 5G wireless network showcase yet. Companies have also unleashed their technologies there, such as self driving cars, high speed video streaming, as well as virtual reality viewing.

But now, the Japanese are confident that they can do better, at the upcoming Tokyo 2020 Summer Olympics.

Miyuki Suzuki, president for Asia Pacific and Japan at Cisco, told CNBC that Tokyo 2020 will “absolutely” surpass this, given that high definition 8K television and 5G technology “should be available by then.” Cisco is a Tokyo 2020 official partner for network equipment.

Takaya said that the committee has already “observed top-tier corporate sponsors investing in innovation towards 2020”. Some examples of what may come up during the Games are the latest fuel cell vehicles, self driving cars, cyber security initiatives as well as automatic multilingual translation, he said.

Andrew Staples, director of the Economist Intelligence Unit for Southeast Asia, added that the potential economic benefits from the Olympics will be from “the infrastructure that is going in to build the facilities.”

Takaya said that efforts are in place to keep costs down. The Tokyo 2020 Organizing Committee, the Tokyo Metropolitan Government and the national government, are “working closely to control the budget,” which is at $12.6 billion. The decision to use some existing facilities has helped reduce venue costs by more than $2 billion, he said.

Japan’s tourism targets ahead of Tokyo 2020

Ahead of Tokyo 2020, the Japan National Tourism Organization said it plans to grow inbound tourism to 40 million by 2020, from nearly 29 million currently.

André Andonian, managing partner of the Japan Office and senior partner at McKinsey & Company, told CNBC’s “Street Signs” that inbound tourism numbers for Japan have been increasing since 2011. With a growth rate of 33 percent per year, he added that the upcoming Olympic Games is a booster that will “sustain this growth.”

The Tokyo 2020 Olympics is also expected to bring about an increase in the demand for accommodation, and short-term rentals site Airbnb is keen to capitalize on the buzz.