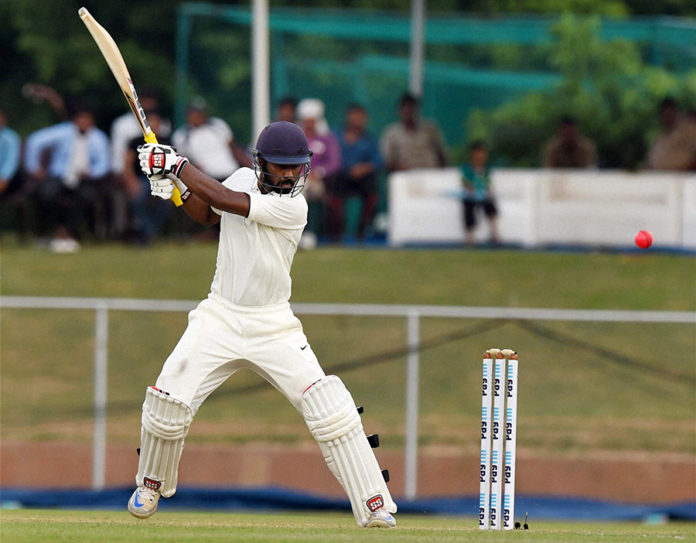 Tamil Nadu completed a comfortable nine-wicket win over Goa, who lost nine wickets for 19 runs in their innings. Goa’s implosion began in the 11th over with the run-out of the set Swapnil Asnodkar for 33. It took only six overs for their innings to crash from 88 for 1 to 107 all out, with three run-outs in all in the innings. Six of the seven bowling dismissals fell to spinners, with M Ashwin, Rahil Shah and Baba Aparajith taking two wickets each. Tamil Nadu knocked off the 108-run target in 13.1 overs, riding on Abhinav Mukund’s 68 not out, which came off 52 balls and included six fours and two sixes.

Pavan Deshpande’s maiden T20 fifty, a 28-ball 51, and Mayank Agarwal’s brisk 46 underpinned Karnataka‘s total of 177 for 8 in their 37-run win over Andhra. Agarwal’s 57-run partnership with Shishir Bhavane helped Karnataka recover from the loss of Ravi Samarth in the first over, and Deshpande then consolidated this position through a 52-run partnership with CM Gautam for the fourth wicket. Deshpande fell in the 18th over, having guided the side past 150 and R Vinay Kumar helped Karnataka score a few quick runs by hitting a couple of boundaries. Karnataka’s bowlers then collectively stifled Andhra, specially in the middle overs. Hanuma Vihari (55 off 39 balls) and Srikar Bharat had added 59 runs for the second wicket, pulling the team to 61 for 1 in the tenth over, before they quickly stumbled to 98 for 5 by the 16th. T Pradeep was the only Karnataka bowler to finish wicketless, while J Suchith had the best returns with 2 for 30.