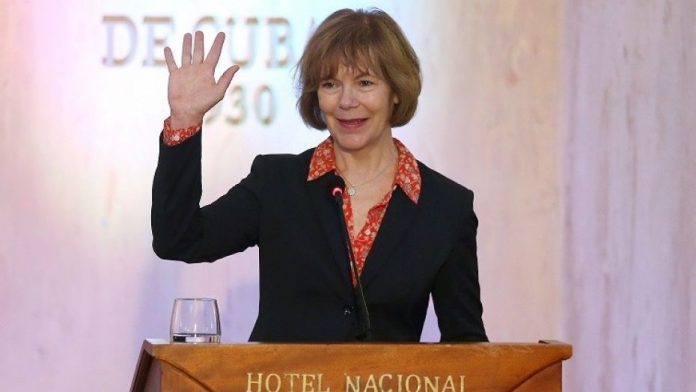 (Minnesota Lt. Gov. Tina Smith was selected by the state’s governor to finish out Al Franken’s term in the U.S. Senate.)

Franken announced on Dec. 7 that he would resign from the Senate “in the coming weeks” due to sexual misconduct allegations. Smith, who has served as the lieutenant governor of Minnesota since 2015, was then selected to be his replacement.

What is Smith’s political background?

Like Dayton and Franken, Smith, 59, is a member of the Minnesota Democratic-Farmer-Labor Party.

Smith has been a longtime adviser to Dayton, serving as his chief of staff before becoming lieutenant governor.

She has also worked on multiple campaigns, including managing Walter Mondale’s unsuccessful 2002 Senate run as well as his son Ted Mondale’s 1998 gubernatorial campaign – which was also unsuccessful. She was the chief of staff for Minneapolis Mayor R.T. Rybak before joining Dayton.

She was thought to put her hat in the ring for governor earlier this year to replace Dayton in 2018 but ultimately passed on the gubernatorial bid.

Lawrence Jacobs, director of the Center for the Study of Politics and Governance at the University of Minnesota, said that Smith “doesn’t come across like other kind of major politicians,” citing such examples as Sens. Ted Cruz, R-Texas, and Bernie Sanders, I-Vt. 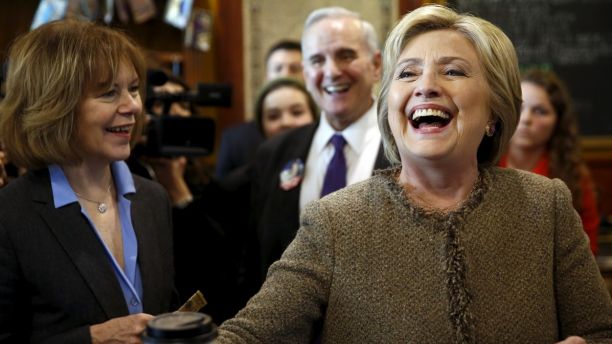 “She’s soft-spoken. She would prefer to be in a room negotiating or talking with people than giving a political speech. That’s not really her style,” Jacobs said. “She can do it, but it’s something that she’s had to learn.”

During the presidential election, Smith campaigned for Democratic nominee Hillary Clinton. Clinton won Minnesota by a little more than 1 percent.

What else has Smith done?

Originally from Albuquerque, N.M., Smith moved to Minnesota in 1984 for a marketing job with General Mills. She grew more politically active in the 1990s, founding her own marketing and consulting firm.

Smith served as the vice president of external affairs for Planned Parenthood Minnesota, North Dakota and South Dakota from 2003 to 2006.

“She has excellent relationships in the business community,” Jacobs said, adding that Minnesota business leaders “speak fondly” of Smith as someone who understands their issues and is pragmatic.

Smith received her bachelor’s degree from Stanford University and has an MBA from Dartmouth College. She is married with two children.

What will she bring to Washington?

Prior to Dayton’s announcement, Minnesota DFL Party Chair Ken Martin told Minnesota Public Radio that Smith “would be a brilliant choice in a lot of ways.”

Jacobs described Smith as an “almost throwback to another time, someone who is thoughtful, built strong personal relationships and is fact-based.”

As for her voting record, Jacobs said Minnesotans can expect her to vote similarly to Minnesota’s other Democratic senator, Amy Klobuchar: pragmatic and along party lines while still looking for ways to partner with Republicans.

Due to Minnesota election laws, Smith would serve in Franken’s seat until 2018 when a special election would be held, and the winner would serve for the remainder of Franken’s term – until January 2021.

Smith would not be obligated to run in the 2018 special election, but she is expected to do so, Fox News has learned.