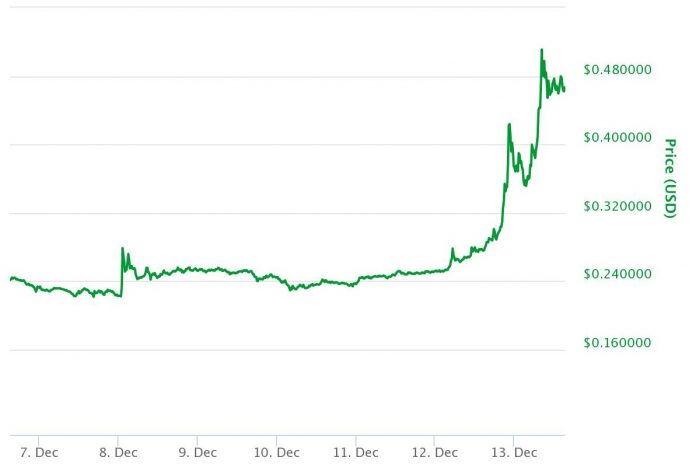 Another day, another digital currency surge.

Ripple is officially the name of the startup using bitcoin’s blockchain technology to develop a payments network for banks, digital asset exchanges and other financial institutions. XRP is the digital coin network participants use for transactions. 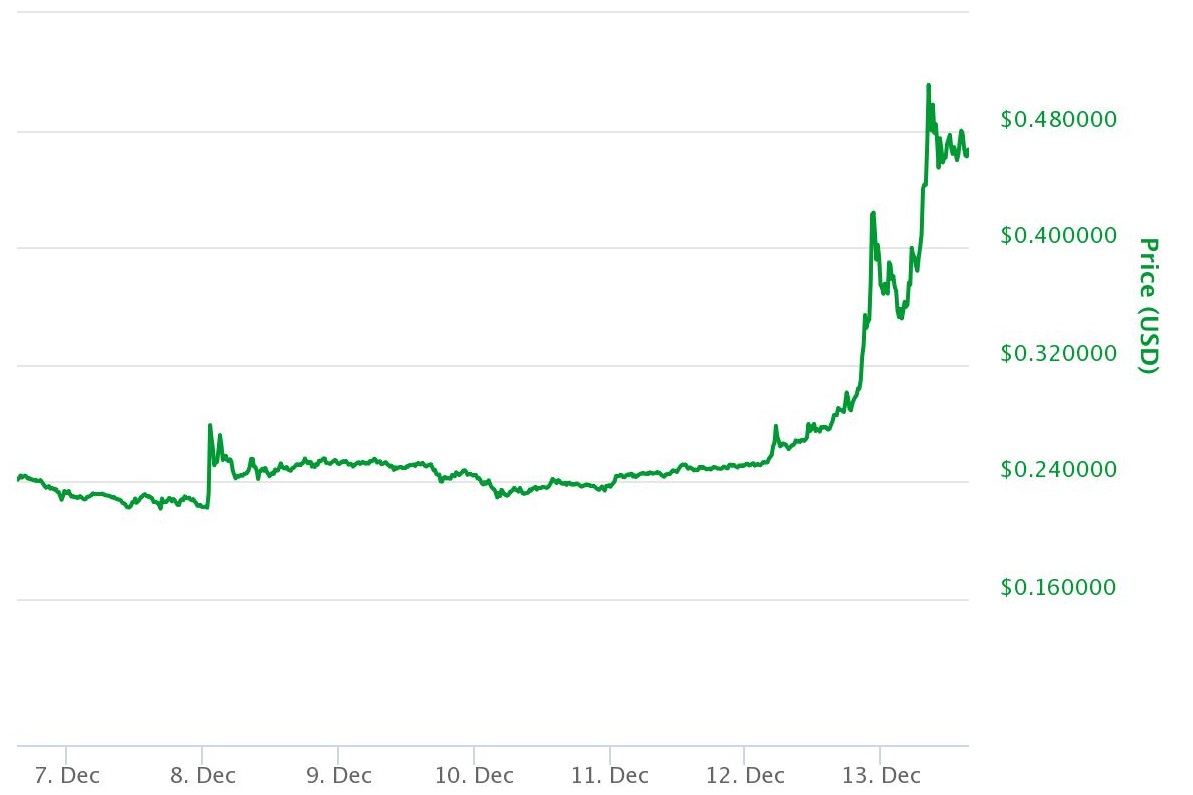 Like much of the recent gains in digital currencies, there was no apparent fundamental reason for ripple’s surge other than positive momentum.

“The launch of bitcoin futures by Cboe Global Markets earlier this week has been seen as a celebrity endorsement and a stamp of approval on crypto,” Standpoint Research’s Ronnie Moas said in an email. “Ripple is very promising … and many people are excited about this particular coin. It is in a powerful position and serves as a payment network … allowing you to transfer dozens of different currencies worldwide in lightning speed.”

With Wednesday’s gains, ripple is up more than 7,000 percent from its 0.65-cent price at the start of this year.

Bitcoin traded little changed near $17,152 Wednesday, according to CoinDesk’s bitcoin price index. The digital currency has a market value of about $287 billion, the largest among the cryptocurrencies, followed by ethereum and bitcoin’s offshoot, bitcoin cash.