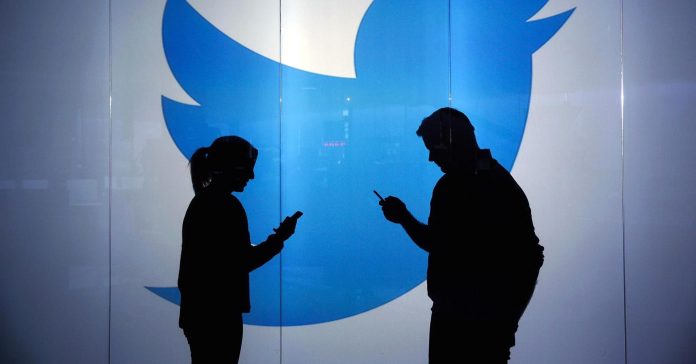 But company records reviewed by The Times revealed much of what Devumi and its customers prefer to conceal.

Most of Devumi’s best-known buyers are selling products, services or themselves on social media. In interviews, their explanations varied. They bought followers because they were curious about how it worked, or felt pressure to generate high follower counts for themselves or their customers. “Everyone does it,” said the actress Deirdre Lovejoy, a Devumi customer.

While some said they believed Devumi was supplying real potential fans or customers, others acknowledged that they knew or suspected they were getting fake accounts. Several said they regretted their purchases.

“It’s fraud,” said James Cracknell, a British rower and Olympic gold medalist who bought 50,000 followers from Devumi. “People who judge by how many likes or how many followers, it’s not a healthy thing.”

Ms. Ireland has over a million followers on Twitter, which she often uses to promote companies with whom she has endorsement deals. The Wisconsin-based American Family Insurance, for example, said that the former model was one of its most influential Twitter “brand ambassadors,” celebrities who are paid to help promote products.

But in January last year, Ms. Ireland had only about 160,000 followers. The next month, an employee at the branding agency she owns, Sterling/Winters, spent about $2,000 for 300,000 more followers, according to Devumi records. The employee later made more purchases, he acknowledged in an interview. Much of Ms. Ireland’s Twitter following appears to consist of bots, a Times analysis found.

A spokeswoman said that the employee had acted without Ms. Ireland’s authorization and had been suspended after The Times asked about the purchases. “I’m sure he thought he was fulfilling his duties, but it’s not something he should have done,” said the spokeswoman, Rona Menashe.

Similarly, Ms. Lane Fox, a British e-commerce pioneer, member of Parliament and Twitter board member, blamed a “rogue employee” for a series of follower purchases spanning more than a year. She declined to name the person.

Several Devumi customers or their representatives contacted by The Times declined to comment, among them Mr. Leguizamo, whose followers were bought by an associate. Many more did not respond to repeated efforts to contact them.

A few denied making Devumi purchases. They include Ashley Knight, Mr. Lewis’s personal assistant, whose email address was listed on an order for 250,000 followers, and Eric Kaplan, a friend to Mr. Trump and motivational speaker whose personal email address was associated with eight orders. A Twitter account belonging to Paul Hollywood, the celebrity baker, was deleted after The Times emailed him with questions. Mr. Hollywood then sent a reply: “Account does not exist.”

Over two years, the Democratic public relations consultant and CNN contributor Hilary Rosen bought more than a half-million fake followers from Devumi. Ms. Rosen previously spent more than a decade as head of the Recording Industry Association of America. In an interview, she described the purchases as “an experiment I did several years ago to see how it worked.” She made more than a dozen purchases of followers from 2015 to 2017, according to company records.

Other buyers said they had faced pressure from employers to generate social media followers. Marcus Holmlund, a young freelance writer, was at first thrilled when Wilhelmina, the international modeling agency, hired him to manage its social media efforts. But when Wilhelmina’s Twitter following didn’t grow fast enough, Mr. Holmlund said, a supervisor told him to buy followers or find another job. In 2015, despite misgivings, he began making monthly Devumi purchases out of his own pocket.

“I felt stuck with the threat of being fired, or worse, never working in fashion again,” said Mr. Holmlund, who left in late 2015. “Since then, I tell anyone and everyone who ever asks that it’s a total scam — it won’t boost their engagement.” (A Wilhelmina spokeswoman declined to comment.)

Several Devumi customers acknowledged that they bought bots because their careers had come to depend, in part, on the appearance of social media influence. “No one will take you seriously if you don’t have a noteworthy presence,” said Jason Schenker, an economist who specializes in economic forecasting and has purchased at least 260,000 followers.

Not surprisingly, Devumi has sold millions of followers and retweets to entertainers on the lower and middle rungs of Hollywood, such as the actor Ryan Hurst, a star of the television series “Sons of Anarchy.” In 2016 and 2017, he bought a total of 750,000 followers, about three-quarters of his current count. It cost less than $4,000, according to company records. Mr. Hurst did not respond to multiple requests for comment.

Devumi also sells bots to reality television stars, who can parlay fame into endorsement and appearance fees. Sonja Morgan, a cast member on the Bravo show “The Real Housewives of New York City,” uses her Devumi-boosted Twitter feed to promote her fashion line, a shopping app and a website that sells personalized “video shout-outs.” One former “American Idol” contestant, Clay Aiken, even paid Devumi to spread a grievance: his

Mr. Aiken and Ms. Morgan did not respond to requests for comment.

More than a hundred self-described influencers — whose market value is even more directly linked to their follower counts on social media — have purchased Twitter followers from Devumi. Justin Blau, a popular Las Vegas-based D.J. who performs as 3LAU, acquired 50,000 followers and thousands of retweets. In an email, Mr. Blau said a former member of his management team bought them without his approval.

At least five Devumi influencer customers are also contractors for HelloSociety, an influencer agency owned by The New York Times Company. (A Times spokeswoman said the company sought to verify that the audience of each contractor was legitimate and would not do business with anyone who violated that standard.) Lucas Peterson, a freelance journalist who writes a travel column for The Times, also bought followers from Devumi.

Influencers need not be well known to rake in endorsement money. According to a recent profile in the British tabloid The Sun, two young siblings, Arabella and Jaadin Daho, earn a combined $100,000 a year as influencers, working with brands such as Amazon, Disney, Louis Vuitton and Nintendo. Arabella, who is 14, tweets under the name Amazing Arabella.

But her Twitter account — and her brother’s — are boosted by thousands of retweets purchased by their mother and manager, Shadia Daho, according to Devumi records. Ms. Daho did not respond to repeated attempts to reach her by email and through a public relations firm.

While Devumi sells millions of followers directly to celebrities and influencers, its customers also include marketing and public relations agencies, which buy followers for their own customers. Phil Pallen, a brand strategist based in Los Angeles, offers customers “growth & ad campaigns” on social media. At least a dozen times, company records show, Mr. Pallen has paid Devumi to deliver those results. Beginning in 2014, for example, he purchased tens of thousands of followers for Lori Greiner, the inventor and “Shark Tank” co-host.

Mr. Pallen at first denied buying those followers. After The Times contacted Ms. Greiner, Mr. Pallen said he had “experimented” with the company but “stopped using it long ago.” A lawyer for Ms. Greiner said she had asked him to stop after learning of the first purchases.

Marketing consultants sometimes buy followers for themselves, too, in effect purchasing the evidence of their supposed expertise. In 2015, Jeetendr Sehdev, a former adjunct professor at the University of Southern California who calls himself “the world’s leading celebrity branding authority,” began buying hundreds of thousands of fake followers from Devumi.

He did not respond to requests for comment. But in his recent best-selling book, “The Kim Kardashian Principle: Why Shameless Sells,” he had a different explanation for his rising follower count. “My social media following exploded,” Mr. Sehdev claimed, because he had discovered the true secret to celebrity influence: “Authenticity is the key.”