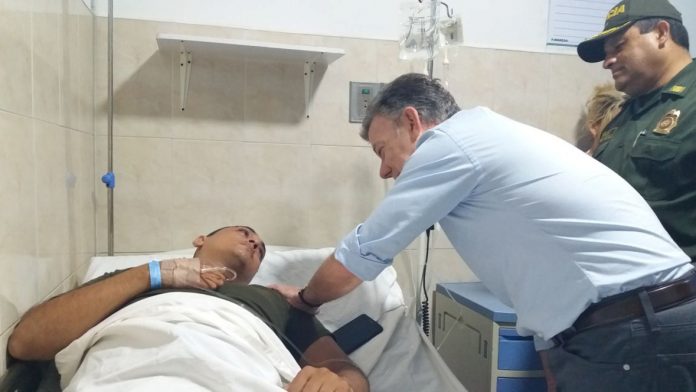 One of the new attacks killed two officers and wounded a third just before midnight local time in rural Bolivar province, police said in a statement, while the other occurred in Soledad about four hours later, according to a police source.

Six people were wounded by the explosion there, five of them police officers, the police source said.

Authorities have arrested one person in connection to Saturday morning’s bombing in the port city of Barranquilla, which officials said could have been retaliation for police raids targeting criminal gangs.

Colombian President Juan Manuel Santos visited the wounded after that explosion and vowed the government would not rest until the perpetrators were caught.

Colombia has myriad crime gangs, some of which operate across large swaths of rural territory and others in major cities. Many are involved in the production and trafficking of cocaine, largely to the United States and Europe, as well as extortion and other crimes.