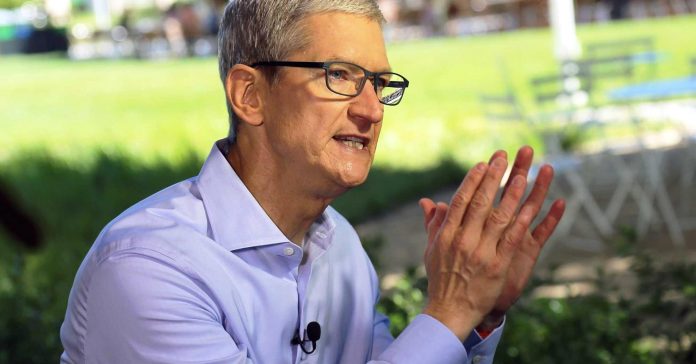 Apple is frequently, and somewhat incorrectly, lumped in with other technology companies as driving “addiction” to technology. Most recently, the company has made headlines after two investors called for Apple to invest in parental controls. Stanford students also protested at Apple headquarters about smartphone addiction.

But Apple almost entirely avoids products that dominate your attention: This is why they have not invested as heavily in products like social media, games and movies, except when it comes to specific use cases.

Instead, Apple has invested in hosting augmented reality, music and podcasts. The important thing about these forms of media is that while they can captivate, they can also be ambient.

A Facebook feed or a VR headset, on the other hand, cannot be consumed absent your full attention.

Unlike advertising-based or purchase-based companies like Android, Apple does not gain much from how much you use their devices. Apple only benefits when you believe the uses cases for the device are superior enough to pay for.

If a technology proves useful, you may want to use it often. But just because you always want to use a technology doesn’t necessarily make it useful. Apple wants devices that fall in the former category, and many other companies rely on the latter.

Most companies that make Apple-like devices use them to drive eyeballs back to more profitable services — think of Snapchat’s Spectacles, Google’s search advertising, and Amazon’s Prime service as examples of products that turn a real-life request into a “flywheel” that forces users to continue to engage with the product. Many criticisms that Apple has failed to innovate are simply misconstruing Apple’s refusal to make attention-dominating functionality the core of its product.

I think this is indicative of a fundamental divide forming among big technology companies around how best to create immersive technology.

Some companies are working on experiences that melt the world away and draw you into them — this is what happens when we binge on Netflix, scroll endlessly on Instagram and put on a virtual reality headset. Then there are companies, like Apple, working to make technology so seamless that it fades into the activities we are already doing — that’s what happens when we subscribe to products on Amazon or check our activity trackers on the Apple Watch.

While all technology claims to add convenience to our lives, some do it in a way that aims to monopolize our attention, while with and other companies take the feeling of “technology” out of technology.

By limiting its impact on content and advertising, Apple could purposely be letting its technology fade into the background — and while it might not result in short-term sales, the company could be rewarded in the long run.