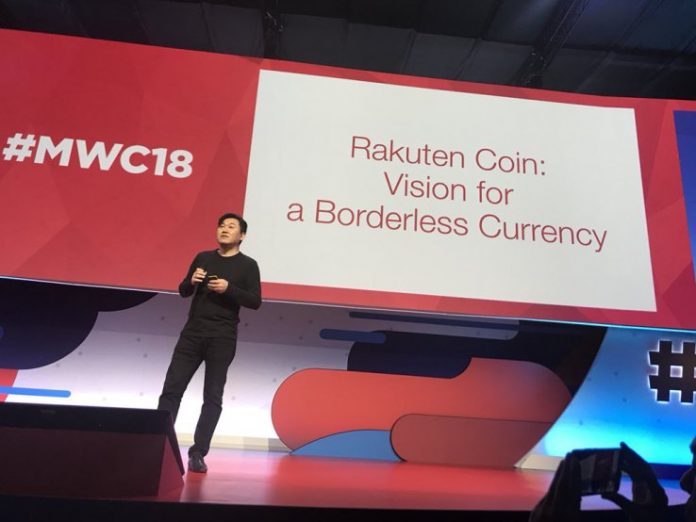 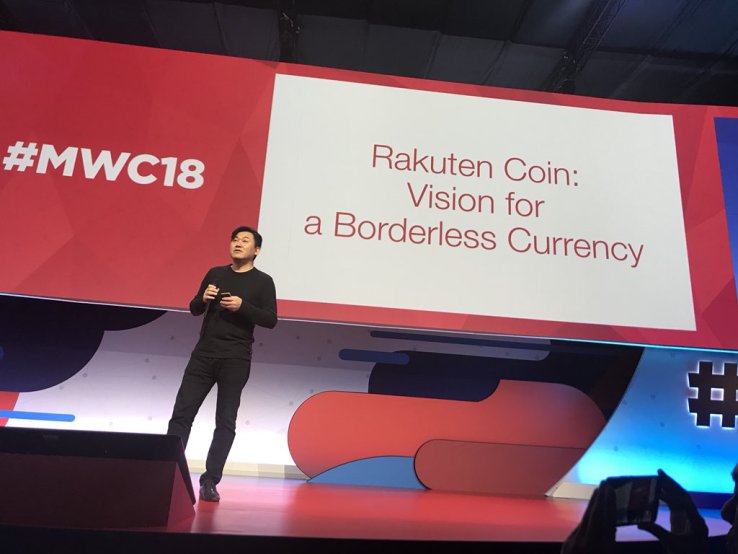 Back in 2016, Amazon’s Japanese rival Rakuten acquired Bitnet, a bitcoin wallet startup that it had previously invested in, to help it work on blockchain technology and applications. Today, one of the first fruits of that deal has come to light. The company is planning a new cryptocurrency called Rakuten Coin — built on blockchain technology and the company’s existing loyalty program, Rakuten Super Points — which it plans to use to encourage loyalty services globally and to help customers to buy goods across different Rakuten services and markets.

The news was announced by Rakuten’s CEO Hiroshi “Mickey” Mikitani on stage at Mobile World Congress in Barcelona, where he described Rakuten Coin as a “borderless” currency. Neither he nor a Rakuten spokesperson we followed up with would give a launch date for the service.

The news comes on the heels of a big wave of companies trying to figure out their cryptocurrency strategies, to tap into the current hype around decentralised financial services and the seemingly endless appetite of people to hear about and buy into them as their price skyrockets in the absence of much regulatory control.

Crypto is being used for a wide range of reasons — as a new funding platform, for currency speculation, international remittances, as a new payment currency and more. In the case of Rakuten, it seems that there are two things at play here.

First, the company wants to see if it can drive more transactions from people internationally by cutting out some of the exchange rate fees and other issues if they buy in fiat currencies. Second, there is simply the buzz of crypto today: people who might not have been all that interested in loyalty programs before might turn on to them if they see their reward as blockchain buy-in.

Even before Rakuten has launched Rakuten Coin, it’s notable and interesting to see a major e-commerce company — which has billions of users globally and reported $8.8 billion in revenues in 2017 — coming out with a move into how it might use cryptocurrency on its platform.

Interestingly, while Amazon has yet to make any significant moves in the area of cryptocurrency, there some speculate the company could get more involved, based on some recent domain purchases and bigger trends.

There have been over 1 trillion Super Points awarded to users since the program was launched 15 years ago, equivalent to $9.1 billion, and the idea will be to now give users more ways of applying those loyalty points to more purchases, as a way of driving more purchasing to collect them in the first place.

Points currently are collected each time you buy — or, in certain markets where Rakuten runs marketplaces, sell — items or services on the site. As with its rival Amazon, Rakuten has a payment also has an MVNO mobile service with plans to launch its own full-blown mobile carrier — all of which become ways of spending more money as part of the loyalty program.

A spokesperson said that there is a decent funnel of people who are already interested in buying items across regions. “People want special items that you can’t get anywhere else,” she said. There are some 44,000 merchants selling goods on Rakuten in Japan, its biggest market. Other holdings include PriceMinister in France (which is now rebranding to Rakuten) and Ebates, the rebates website operator in the US that Rakuten acquired for $1 billion in 2014. The logic will be to add Rakuten Coin to all of Rakuten’s businesses — some of which today have loyalty programs, and some of which do not.

Mikitani used his appearance at MWC to run through a range of other developments at the company, including yesterday’s news that the company planned to apply to become Japan’s fourth mobile operator, and an expansion of the social features on messaging app Viber, which now has around one billion registered users.

Mickitani stressed that Rakuten was “very different from Amazon.”

“Basically, our concept is to recreate the network of retailers and merchants,” he said. “We do not want to disconnect [them from their customers] but function as a catalyst. That is our philosophy, how to empower society not just provide more convenience.”