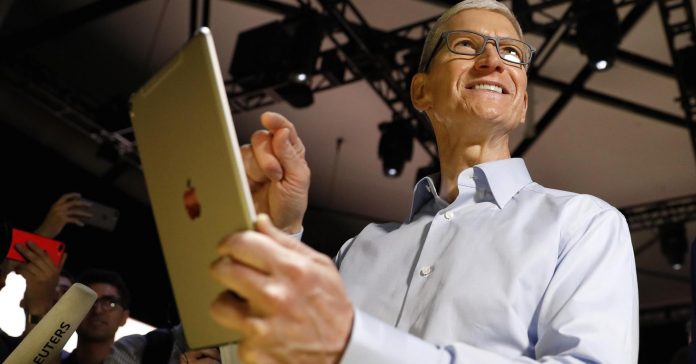 I bought Apple‘s 10.5-inch iPad Pro last year when it launched because I thought I’d use it for work, taking notes and watching movies.

Now I’m selling it, because I bought an iPhone X and found out it does everything I need from an iPad, and more.

The 5.8-inch screen on the iPhone X is big enough for everything I thought I needed a larger screen for. It’s a small size increase over the iPhone 8 Plus display, which measures 5.5 inches in size, but there are barely any plastic side bezels on the iPhone X, which means it’s more compact with a bigger screen than the 8 Plus. There’s also a better OLED screen that’s brighter and more colorful. And, compared with both the iPhone 8 Plus and 10.5-inch iPad, it’s more comfortable to hold for longer periods of time.

Movies and games are still just as immersive, and the stereo speakers provide really good audio when I’m watching or playing them.

I also thought the 10.5-inch iPad Pro would be great for taking notes, but I’ve found that I barely ever use it or the Apple Pencil that works with it.

For example, say I wanted to take notes at a meeting. I had to take the iPad Pro in my backpack, pull it out and set it up on a table. Then, because my handwriting isn’t perfect, there’s no guarantee I’d be able to read my notes later.

It’s a lot less cumbersome and more reliable just to pull my iPhone out of my pocket and take notes with the digital keyboard, then access them later on my laptop through iCloud. Plus, with my iPhone I don’t have to worry about a hotspot or tethering to a mobile device, since I bought the cheaper iPad Pro that doesn’t have a built-in cellular connection.

My iPad always seems to be dead, too. It lasts a couple days on a single charge, but charging it up requires me to plug it in and leave it there for a couple hours — which is time I often don’t have. My iPhone charges more quickly and can be juiced up on a wireless charging pad throughout the day.

Finally, I can’t really use iPad Pro for work, since it doesn’t support the online content management system we use to write and post articles at CNBC. (It can’t load the appropriate plug-ins and does not run the security software the company requires.) That means I need to carry a laptop anyway. It’s just not worth carrying another large form-factor device.

Apple continues to sell iPads, and I’m still very interested to see what the next generation brings, especially if it includes faster charging and longer battery life. As iPhones get larger — and reports suggest Apple may launch an even bigger 6.5-inch iPhone X next year — I’m not so sure I’ll ever need one again. I’ll just stick with the bigger iPhones.

So, for now, my 10.5-inch iPad Pro is for sale. What once fit wonderfully into my lifestyle is no longer needed. Funny it was cannibalized by an iPhone.