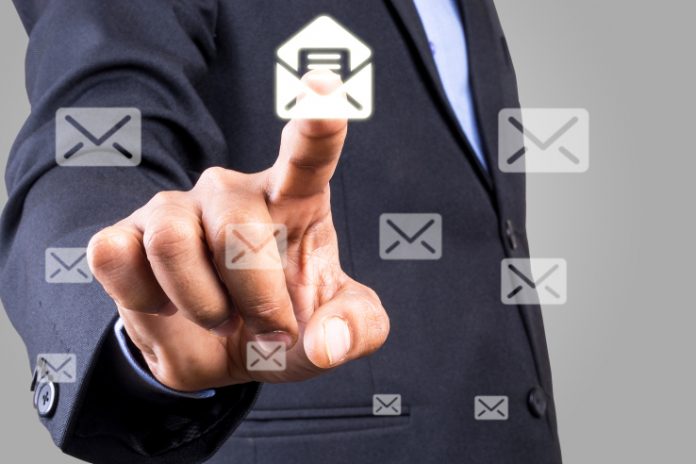 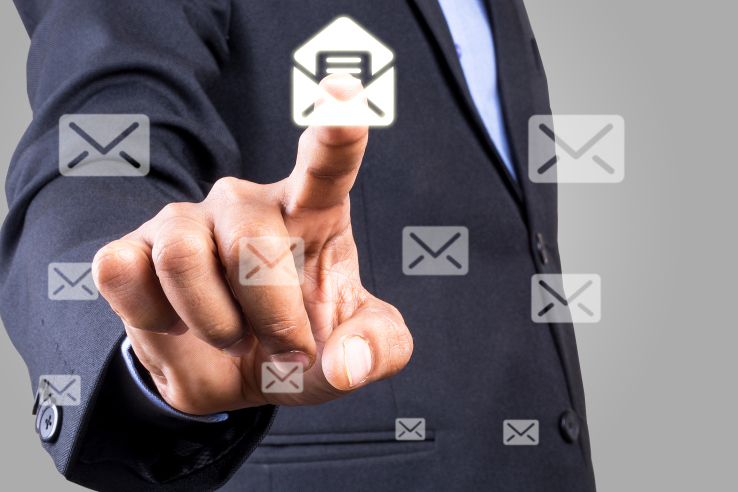 If you’re more of a Gmail power user (or even semi-power user) and other email services geared toward work, you’ve probably installed plenty of plugins like Rapportive to make your job a little bit easier.

And while it’s all fine to try to pull together a suite of plugins to make that a little bit easier, a startup called Polymail is hoping to rope that all into a single hub that will suit the needs of marketers and other businesses without having to piece together all of the bits from external tools. Polymail, which was previously a Mac app, said it’s launching a web version today as it looks to enter some kind of parity with those services and move beyond just a niche application that might have some use cases.

“The first iteration was as an email client, which we knew had to be a native desktop experience,” co-founder Brandon Foo said. “Our long-term vision for Polymail has always been to extend the inbox into a business and team communication platform, and so to achieve that we had become cross-platform for both Windows and Mac users. By far the biggest driver was the demand we’ve seen from Windows and PC users since we launched Polymail for Mac. There was also the need for users to access Polymail from any device without having to install a desktop app.” 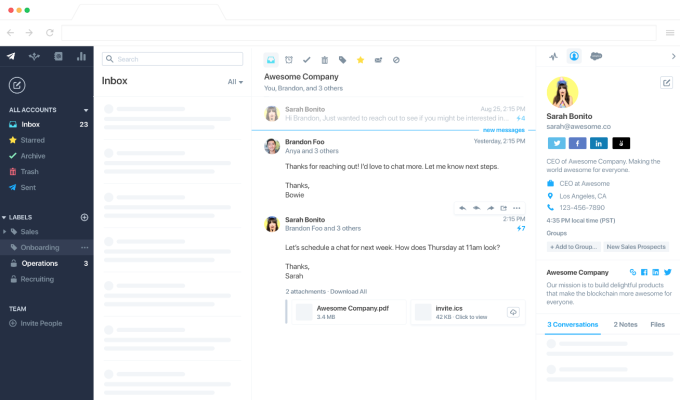 Polymail started off as a Mac app, but by expanding to being a web app, it sets it up for a wider audience accustomed to typical email services like GMail and other email marketing tools. The service brings together the kinds of products you have come to expect as a marketer or salesperson at a company, like tracking engagement with email and calendar functions. While born as a native app, most email users — whether that’s for typical email use cases or actual marketing tools — are probably used to working through a web interface so they can flip between platforms whenever they need, which seemed like it would initially hamper Polymail’s potential growth.

“We’ve seen quite a few email-related tools over the past few years, but we believe the market is still highly fragmented,” Foo said. “Businesses still have to rely on multiple point solutions from several different vendors to solve the problem they need, and in many cases, they don’t integrate well and end up costing a lot. With Polymail, companies can unify their entire email and sales communication workflow with one platform.”

There’s still something to be said about focusing on simplicity, which has led to the success of plenty of Silicon Valley darlings like Slack. Instead of putting together a patchwork service loaded up with multiple tools, some businesses may find it easier to just go to a single service that picks all the best and most useful ones and bundles them into a clean interface. That’s kind of the promise of Slack — which adds new features in a drip-drip-drip way as it at times hesitates to try to move away from the core simple experience.

But at the same time, there is definitely a graveyard of startups that have tried to re-invent the experience of email. While you’ve probably heard more about them on the consumer side, like Sparrow or Mailbox, the point is that it’s hard to rip users away from an experience they are very familiar with. That’s obviously a big challenge for Foo and Polymail, but the startup has focused on a business-first model from day one and that’s what will help it potentially survive that early hump of getting users.

Polymail came out of Y Combinator’s summer 2016 batch. The company says it has 2,800 customers since launching in December 2016, including professionals and teams at Uber.