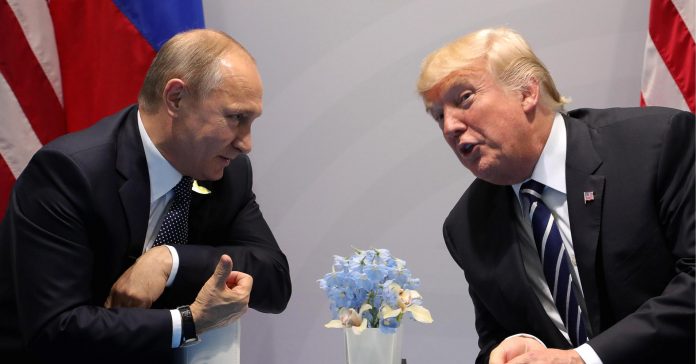 Members of Congress are already expressing their dismay over the White House decision.

“The Trump administration had a decision to make, whether they would follow the law and crack down on those responsible for attacking American democracy in 2016,” Rep. Eliot Engel, a member of the House Foreign Affairs Committee and a Democrat, said in a statement. “They chose instead to let Russia off the hook yet again.”

Meanwhile, Senator Bob Corker, a Republican who helped design the sanctions law, said he was not concerned over Trump’s decision. “This is when sanctions season begins, and so they’ll be rolling them out,” he told reporters, adding that the administration was taking this “very seriously.”

Trump has sparked controversy with his proclivity for praising Putin, having called him a “strong leader” and defending his military involvement in Syria, among other things.

Despite Trump’s apparent softness, the Kremlin has portrayed the Treasury list’s publication Monday as a hostile act and described the countries’ bilateral relations as in an “unprecedented situation.”

“This indicates that despite the White House’s reticence in imposing new sanctions, Moscow has given up on improving relations with Washington for the time being and will continue to stoke domestic anti-Western sentiment to prop up Putin’s legitimacy,” McDowell said.

“For Putin his Project Trump gig worked so well in the run-up to the 2016 elections, and while getting caught out he suffered no consequences,” Ash said. “So he might well be minded to double up again.”