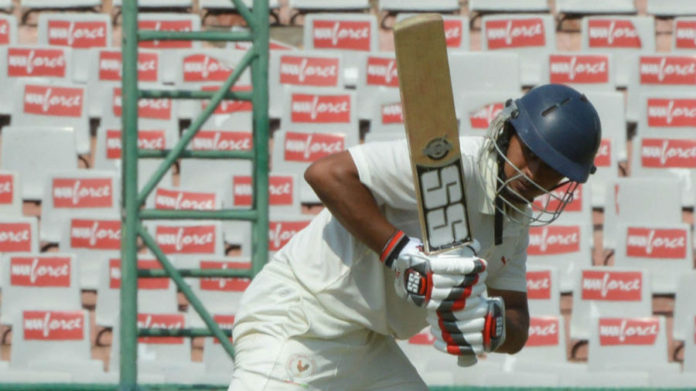 On January 1, 2016, Priyank Panchal wrote in his diary – a habit he had inculcated at the age of 19 – “Need to learn to convert starts and not just be happy with 650-700 runs in a season.” On January 1, 2017 his entry could possibly read: “Aim to convert an unbeaten 144 into a double or possibly a triple-century and help Gujarat reach their first-ever Ranji Trophy final.”

During the course of his fifth century of the season, the most by a Gujarat batsman, Panchal almost doubled his previous best aggregate of 665 runs in 2015-16. His innings had flair and grit in equal measure and helped Gujarat dominate on a green-tinged surface that belied expectations.

As the day progressed, a wearing Jharkhand attack were ground down further by Parthiv Patel’s aggressive 62 in a third-wicket stand of 139 as Gujarat ended day one of the semi-final against Jharkhand on 283 for 3 at Nagpur’s old Civil Lines ground.

During the course of his 252-ball vigil, Panchal also displaced Wasim Jaffer from fourth position in the list of highest run-getters in a Ranji season. With potentially another day’s batting and at least one more innings to come, the record books could have a fresh entry at the top. Panchal is only 151 runs short of VVS Laxman’s all-time record of 1415, achieved in 1999-2000.

Shashank Kishore is a senior sub-editor at ESPNcricinfo