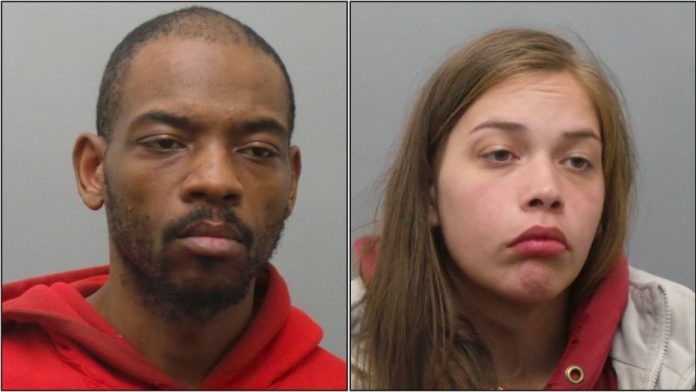 A man and a woman have been arrested in connection with the death of a Missouri man who authorities say was beaten with a golf club and stabbed after being forced to withdraw money from an ATM.

Authorities identified the suspects as Sherman Kinchen, 27, and Kimberly Cartwright, 24, both of St. Louis.

Cartwright faces the same charges except the second-degree murder charge, the report said.

Authorities identified the dead man as Jeffrey Breitenfeld, 51, of the Lemay area of St. Louis County.

Court papers say Cartwright was at Breitenfeld’s home around March 3 when she texted Kinchen to come to the address and beat up Breitenfeld, the Post-Dispatch reported.

Breitenfeld’s body was found two days later, but police were uncertain how long he had been dead.

The investigation is continuing, and charges against the unidentified man are possible, the Post-Dispatch reported.

Click here for more from the St. Louis Post-Dispatch.