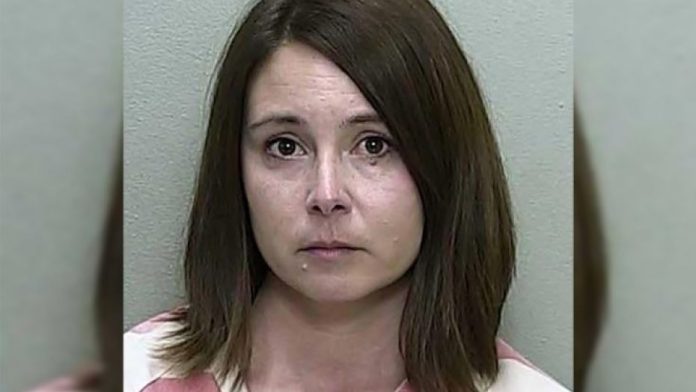 Katie Carsey, 36, was charged Wednesday for an alleged relationship with a 14-year-old boy.

Police arrested a Florida teacher’s aide for having sexual contact with a former student — months after discovering her half-naked just after one of the pair’s rendezvous.

Katie Carsey, 36, was charged Wednesday for an alleged relationship with a 14-year-old boy she met at Fort McCoy Middle School, according to the Marion County Sheriff’s Office.

The married educator faces charges for lewd or lascivious molestation.

Deputies initially found Carsey, who is a paraprofessional teacher’s assistant, only wearing a bra and underwear in a car at a church parking lot in July while investigating a suspicious vehicle.

KINDERGARTEN TEACHER HEADED TO JAIL OVER SEX WITH 6 TEENS

She tried to leave the parking lot and told police she was there to meet another man, according to the Village News.

Months later, police received a tip that Carsey was involved with the student after she told someone she had barely escaped being caught having sex with the student before authorities arrived, WKMG reported.