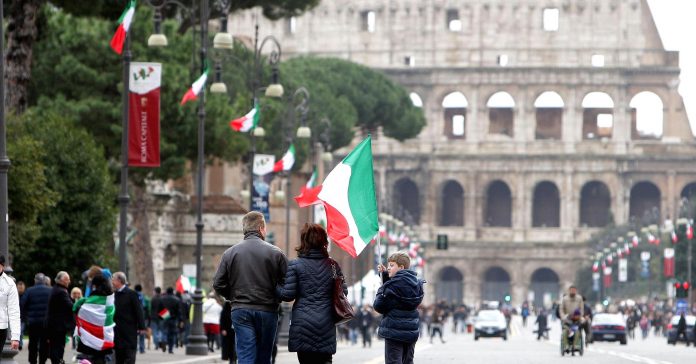 “No, I think Gentiloni is much better and more skilled than me in doing this job. I’m more technical in working in the area of the economy and economic development… It is not something that is going to happen,” Calenda said.

“If I share the program of the next government — because I’m free to go back to the private sector where I belong and this has been a fantastic experience (being in politics) — but what is very important for me is to remain free and independent,” he said.

Calenda said he would prioritize boosting investment and reducing the deficit if he did become finance minister.

Should the March election produce a hung parliament, there are concerns that any delays in forming a government could lead to political uncertainty and economic instability for the euro zone’s third-largest economy.

“Finally, we are out of the crisis,” he said. “Last year, we had gross domestic product (GDP) growth of around 1.5 percent but even more importantly our export growth was around 8 percent — more than Germany and much more than France. Also private investment in the manufacturing sector is very, very high — up 11 percent.”

“So there is a part of Italy (that) is performing very well and is now into the global value chain… Now what we need to do is (make) more companies to follow the same kind of path and this is our crucial task,” he said, adding that dealing with Italy’s non-performing loans was also the country’s “most important challenge.”