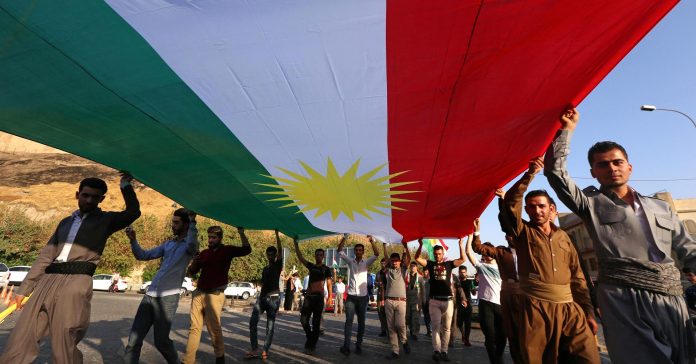 “So far they have not contacted us,” he told The Associated Press. He said he heard they plan to set up a customs point some 15 meters (16 yards) away on the Turkish side and traffic is expected to continue to be allowed to pass the crossing normally.

The escalation feeds worries in the United States, a close ally of both the Kurds and Baghdad, that the referendum vote could lead to violence, setting off an unpredictable chain of events.

The nonbinding referendum, in which the Kurds voted overwhelmingly in favor of independence from Iraq, will not immediately result in an independent state.

But the vote has set off alarm bells in Baghdad, where the government has said it is determined to prevent a break-up of the country, and in Iraq’s neighbors, Iran and Turkey, which fear the vote will fuel similar ambitions among their own significant Kurdish populations.