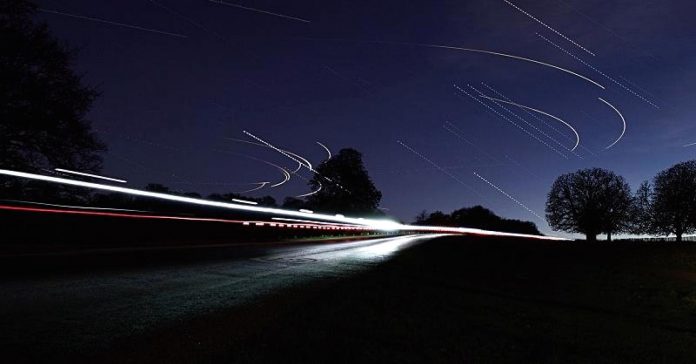 Highways England is to install roughly 170 “innovative” LED road studs at a motorway junction used by more than 90,000 vehicles daily.

The intelligent road studs will light up when traffic lights turn from red to green, enabling drivers to see which lane they should follow, the agency said in an announcement Tuesday.

Sub-surface cables connect the studs to traffic lights via an automatic controller unit, and they can be visible up to 1,000 meters away. Highways England added that the studs had been “proven to help stop drivers drifting between lanes, reducing the risk of collisions.”

The intelligent studs are being installed as part of a £3 million ($4.25 million) initiative to boost journeys and safety at Switch Island in Merseyside, north England. There have been 49 collisions at the junction — where two motorways and three main roads join together — over the past two years.

“The innovative light-up road studs along with the other improvements we’re introducing will make it much easier to navigate the junction, benefiting the tens of thousands of drivers who travel through it every day,” Phil Tyrrell, project manager at Highways England, said in a statement.

Clearview Intelligence, which is based in Oxfordshire, designed the products. “The new studs have been proven to reduce lane transgression by over 50 percent in certain conditions, so it’s a great way to help improve the safety for all road users,” Nick Lanigan, its managing director, said.