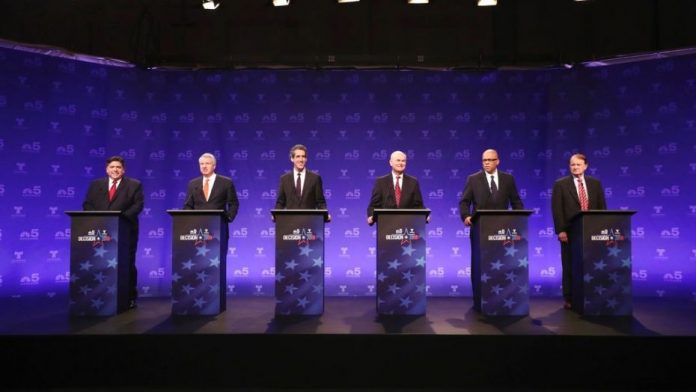 Records of a 2010 retaliation lawsuit involving an Illinois Democrat running for governor have resurfaced after he called for passage of the Equal Rights Amendment and touted an 80 percent female staff.

Madison County taxpayers paid nearly $500,000 to settle the suit against Bob Daiber, who allegedly retaliated against a former female employee by laying her off after she complained about not being paid as much as a male coworker, the Chicago Tribune reported, citing court records.

Daiber, the Madison County Regional Office of Education superintendent, “denied retaliating against the employee,” and said he had tried to “work with her to find a resolution,” according to the report.

Mary Parker, a subordinate of Daiber’s in the mid-2000s, had learned that male colleague with the same position was making more money than her, court records show.

The suit alleged that Parker had approached Daiber several times between 2007 and 2009 to ask for a remedy in the pay discrepancy. According to the Tribune, Daiber offered to give Parker a $4,000 raise as well as extend the job from 10 months to 12 months, both of which she rejected as unfair.

Daiber’s attorney said the male coworker had had higher qualifications and a contract that had been negotiated by the local teachers union, the Tribune reported.

Daiber later said in court he threatened Parker’s job because she had been insubordinate and not, as she claimed, for trying to negotiate a pay raise.

The jury rejected Parker’s claims of wage-based discrimination, but agreed with her claim that her position had been eliminated because she complained. A judge awarded her $432,145 to cover court costs and damages, the Tribune reported.

The verdict was appealed, but later settled for $487,500 out of fear that the cost would increase as the legal battle wore on at the expense of taxpayers.

The general primaries for 2018 Illinois gubernatorial election will take place March 20. Daiber’s Democratic rivals include Kenilworth millionaire Chris Kennedy, a son of the late U.S. Sen. Robert Kennedy who has made gun control and reducing violence in Chicago a centerpiece of his platform.