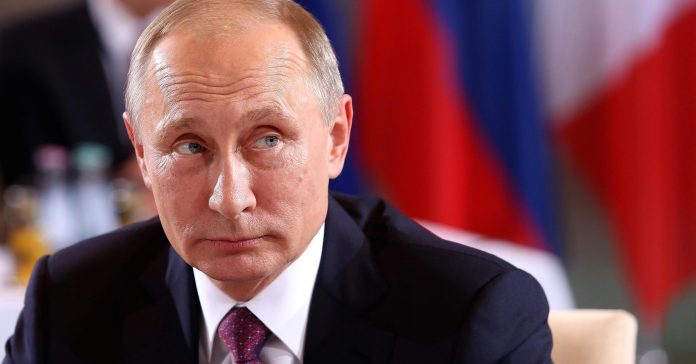 Hundreds of supporters of Russian opposition leader Alexei Navalny began a nationwide day of protest against the authorities on Sunday, calling on voters to boycott what they said was a rigged presidential election on March 18.

Beneath bright blue skies, hundreds of young people gathered in the main square of the port of Vladivostok in the Russian Far East. Speakers called the election, which polls show incumbent Vladimir Putin should easily win, a farce.

“I will go to the elections when there’s a choice,” read one placard in Vladivostok, a reference to the fact that Navalny has been barred from running over what he says is a trumped up suspended prison sentence. “Putin is gobbling up Russia’s future,” read another.

Other protests took place in Novosibirsk, Kurgan, Omsk, Magadan, Kemerovo and Yakutsk. Navalny’s supporters said they expected thousands of people to take part in similar demonstrations in 118 towns and cities.

“Your own life is at stake,” Navalny, who organised the boycott protests, said in a pre-protest video.

“How many more years to do you want to live with these thieves, bigots and creeps?”

In Moscow, where a protest is expected later on Sunday, police forced their way into Navalny’s office and started questioning and searching people, citing reports of a bomb, an online feed run by Navalny’s supporters showed.

Police shut down a TV studio at the office which had been broadcasting online news bulletins, but another studio in a different location continued to operate.

Police detained six of Navalny’s supporters at the Moscow studio and around 16 protesters in other parts of Russia, OVD-Info, an independent monitoring group, said.

It was unclear where Navalny was, but a group of police officers was stationed near his home. Navalny said he planned to attend the Moscow protest later on Sunday.