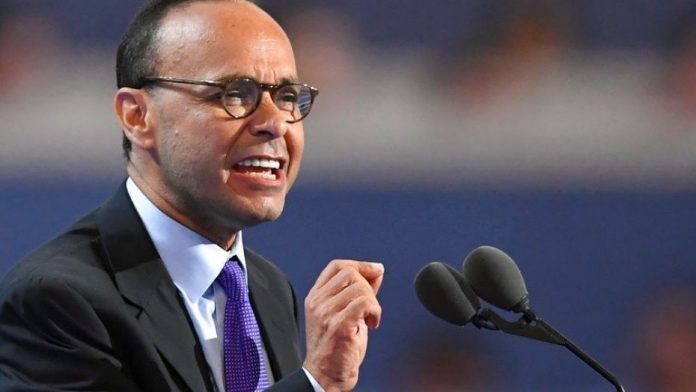 U.S. Rep. Luis Gutierrez mockingly praised President Donald Trump’s State of the Union address Tuesday night, saying in a statement that it was “clear and well-delivered,” and that “[w]hoever translated it for him from Russian did a good job.”

The Illinois Democrat, who has announced he will retire from Congress at the end of his current term, is testing the waters for a 2020 presidential run, Fox News reported.

In his statement, Gutierrez – who has previously called Trump a “major criminal” who wants to destroy families and pollute the environment — specifically criticized Trump’s immigration policy.

“If you look at how the President has treated Puerto Rico, you have to conclude that he just doesn’t care and probably thinks of Puerto Rico as just another s—hole country,” Gutierrez wrote.

“If you look at how the President has treated Puerto Rico, you have to conclude that he just doesn’t care and probably thinks of Puerto Rico as just another s—hole country.”

The longtime congressman — whose 4th Congressional District is composed of parts of Chicago and its suburbs — added that the “White House agenda is to gut legal immigration in exchange for allowing some of the Dreamers to live here” and that Trump’s speech “did nothing to bring the pro- and anti-immigrant sides closer together.”

Earlier in January, Gutierrez suggested he would support a deal funding Trump’s proposed border wall with Mexico if the White House offered protections for so-called Dreamers.

“I’ll go down there with bricks and mortar,” Gutierrez said last week, adding that he found the idea of the wall offensive.

But after Trump’s State of the Union address, Gutierrez struck a less conciliatory note.

“I was hoping to get through my life without having to witness an outwardly, explicitly racist American President, but my luck ran out,” he said in the statement.