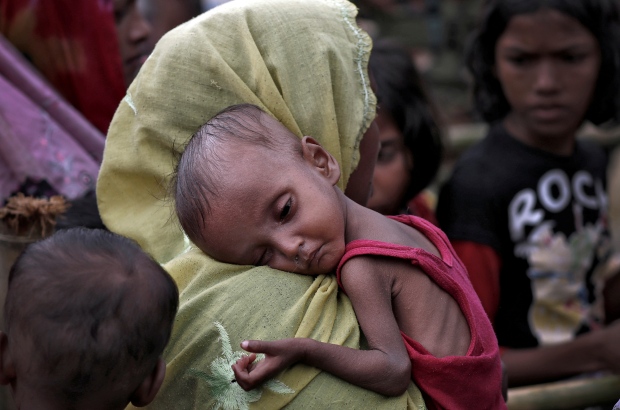 United Nations Secretary-General Antonio Guterres warned on Thursday that violence against Rohingya Muslims in the northern part of Myanmar’s Rakhine state could spread to central Rakhine, where 250,000 more people were at risk of  displacement.

Guterres told the UN Security Council, during its first public meeting on Myanmar in eight years, that the violence had spiraled into the “world’s fastest developing refugee emergency, a humanitarian and human rights nightmare.”

“We have received bone-chilling accounts from those who fled — mainly women, children and the elderly,” he said. “These testimonials point to excessive violence and serious violations of human rights, including indiscriminate firing of weapons, the use of landmines against civilians, and sexual violence.”

A woman carries an ill Rohingya refugee child through a camp in Cox’s Bazar, Bangladesh, on Wednesday. (Cathal McNaughton/Reuters)

More than 500,000 Rohingya Muslims have fled to Bangladesh in the past month since insurgents attacked security posts near the border, triggering fierce Myanmar military retaliation that the United Nations has branded ethnic cleansing.

Guterres demanded immediate humanitarian aid access to areas affected by the violence and expressed concern “by the current climate of antagonism towards the United Nations” and aid groups. 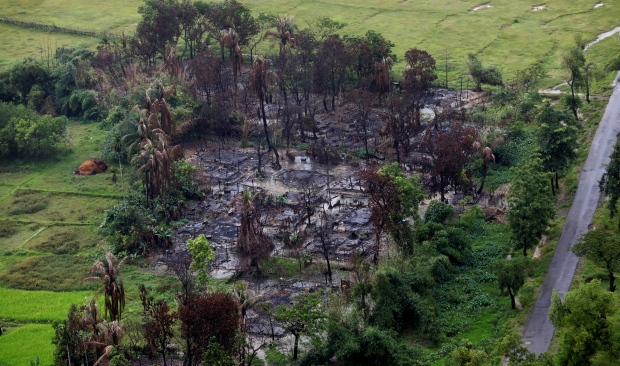 “The failure to address this systematic violence could result in a spillover into central Rakhine, where an additional 250,000 Muslims could potentially face displacement,” Guterres said.

“The crisis has generated multiple implications for neighbouring states and the larger region, including the risk of inter-communal strife. We should not be surprised if decades of discrimination and double standards in treatment of the Rohingya create openings for radicalization,” he said.