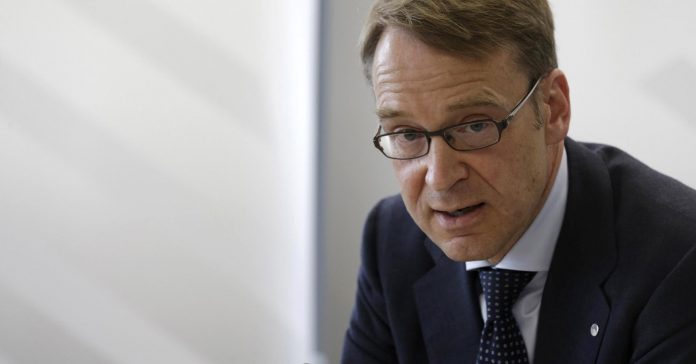 Germany’s central bank chief has refused to rule out the possibility of taking one of the top jobs at the European Central Bank (ECB) next year.

Weidmann has long been mentioned as a potential successor to outgoing ECB President Mario Draghi.

The German economist is one of the most vocal members of the ECB Governing Council, criticizing the slow policy normalization in the euro zone. Last October, for example, Weidmann lambasted the ECB’s decision to extend quantitative easing (QE).

However, Weidmann’s tendency to be outspoken about the impact of an extended period of monetary stimulus, especially when compared to several of his colleagues, could ultimately hurt his chances of becoming president.