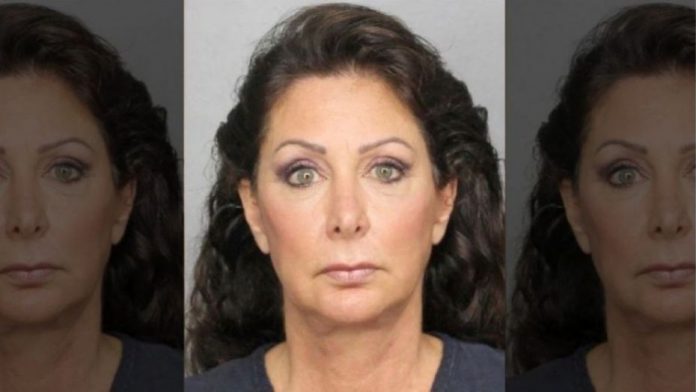 Joy Cooper, mayor of Hallandale Beach, was removed from office on Friday after her arrest.

A Florida mayor was removed from office Friday after her arrest on three felony charges.

Court documents stated undercover agents gave Koslow $8,000 in cash in Aug. 2012. Cooper was also accused of soliciting funds for Anthony Sanders, the former commissioner of Hallandale Beach. He resigned from his position in Aug. 2017 following allegations of misconduct, the Sun Sentinel reported.

She also has been charged with soliciting contributions in a government building, a first-degree misdemeanor with a one-year maximum sentence.

Larry Davis, her attorney, said she plans to plead not guilty.

Cooper, a Democrat, has been the city’s mayor since 2005 and previously served on the city commission beginning in 1999.

“I can assure you that I will vigorously fight these allegations in court,” Cooper said in a prepared statement obtained by the Sun Sentinel.

The news outlet reported Cooper emptied her office before turning herself into Main Jail in Fort Lauderdale Thursday. She was later released from the jail Thursday night.

Eric Fordin, a developer, told the Sun Sentinel he was “shocked” by the allegations against Cooper.

“(She) has always been so aboveboard. I recall her writing a check for $2.45 for a soda at the grand opening of one of our hotels because she could not accept a drink,” Fordin said.

Fordin said he was never asked or pressured by the mayor or other Hallandale Beach politicians for contributions.

Vice Mayor Keith London will take over Cooper’s duties while she is suspended.