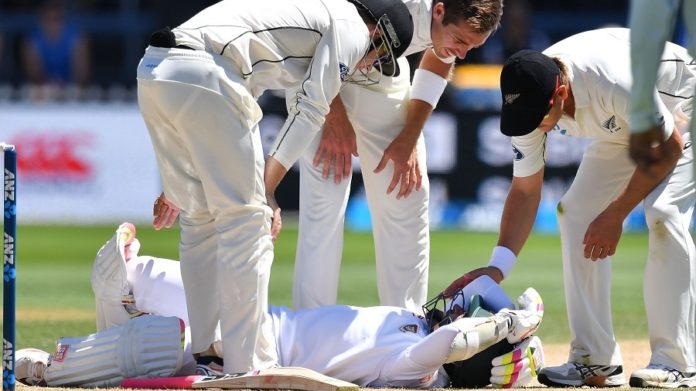 Mushfiqur Rahim has been kept under observation for multiple injuries but it is his thumb that’s more worrying than the blow to the neck he suffered on the fifth day of the first Test. According to team physio Dean Conway, he will need more time to recover from the finger injury.

“His finger injury is worse,” Conway told reporters. “The hairline crack that has been found is new. He will need to give more time for this injury.”

At the same time however, local doctors have reportedly advised him not to take the field for at least a couple of weeks even though the neck scan revealed no damage. Conway said that Mushfiqur may need at least three weeks to fully recover from the hit on the neck.

If Mushfiqur does sit out the Christchurch Test, wicketkeeper Nurul Hasan will step up and make his Test debut.