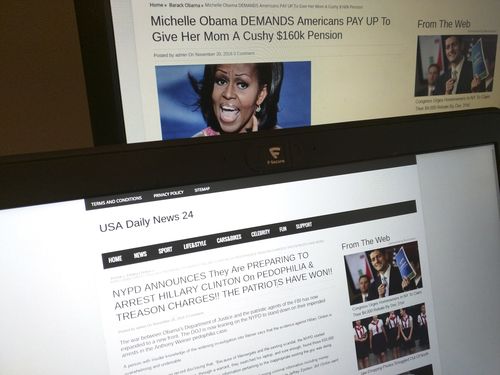 A large group of local media outlets is taking an aggressive stance against so-called fake news.

The Local Media Consortium (LMC), a partnership that includes dozens of newspapers and more than 1,600 outlets, this week released a “manifesto” deeming fake news as “digital propaganda” and pledged to educate readers in an effort to combat its spread.

“It is deeply concerning to see the sheer scope of digital misinformation propagating around the globe, but assuring to see our members and partners band together to address these concerns head-on,” said Christian Hendricks, a vice president with the McClatchy Co., and an LMC executive board member, as part of the group’s statement released Wednesday. “We look forward to collaborating with the industry to implement measures that quash the spread of digital propaganda and protect the sustainability of local journalism – one of the principles on which the LMC was founded.”

Other LMC members include Boston Globe Media, Newsday, Tronc (owner of the Los Angeles Times) and Seattle Times. More than 75 local media companies in top markets across the U.S. and Puerto Rico belong to the consortium. Its audience has 155 million unique monthly visitors, the LMC says.

The spread of fake news lead the LMC to take action, not only to help prevent its spread, but also to tout local news’ veracity, said Rusty Coats, the group’s executive director. “We wanted to reinforce that news is local … and get the message out there’s a lot of ways to protect against fake news or digital propaganda or misinformation and one of the ways is to get to know the people covering your community.”

In addition to educational information about how to spot fake news online, the LMC’s members will work with its digital advertising partners such as Google, Yahoo and Monster.com to vet “dubious news sites,” and refuse “to do business with digital propaganda pushers,” the group says. The consortium will also develop its own content-sharing network of approved content and create a national monitoring system to alert member outlets about possible fake news content and sites.

“Everyone has some amount of culpability in this,” Coats said. “Advertisers sometimes don’t know where their ads are running. Readers sometimes are drawn into stuff they haven’t fully vetted … and publishers sometimes are caught off guard or will take syndicated information (through) a content network that is not verified or is even trustworthy.”