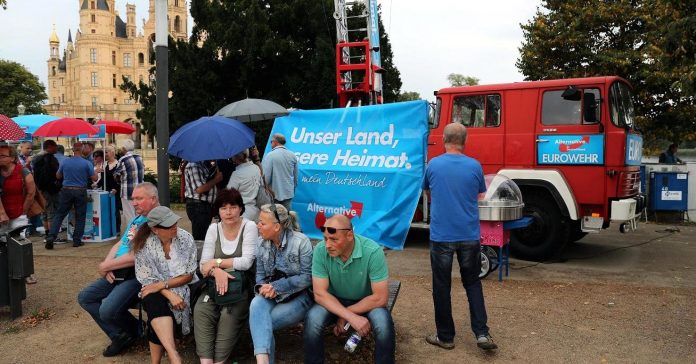 In the state of Saxony, where Dippoldiswalde lies, the AfD was the overall winner, beating even Chancellor Angela Merkel’s Christian Democrats (CDU), who won at the national level.

While the former Communist east has taken in far fewer than the west of the more than a million migrants that have arrived in Germany in the past several years, the AfD won around one fifth of votes there compared to around one in ten in the west.

The AfD spokesman in Dippoldiswalde, Rolf Suessmann, said voters turned to his party because they were angry about the government’s liberal migrant policy and some felt left behind.

Problems in the town ranged from a patchy mobile network and small firms facing problems with digitalization to low pay, with some people earning less than 10 euros an hour, he said.

“Here especially most people don’t agree with the idea of a multicultural society,” Suessmann, a bailiff, told Reuters.

Cultural differences between east and west, reunited less than 30 years ago, persist.

“In the west a multicultural society of immigration is seen as a cultural achievement whereas in the east it’s seen as a threat,” said Werner Patzelt, political scientist at Dresden’s Technical University.

Protest groups find more fertile ground in east Germany where party preferences are not set in stone and people tend to trust institutions less than in the west, he added.

The concern over pensions was an example of that. Germany’s population is ageing fast and people worry that there will not be enough young workers to fill the pension pots when they hit retirement age. Some are concerned that because many migrants are claiming benefits, it will detract from their own welfare.