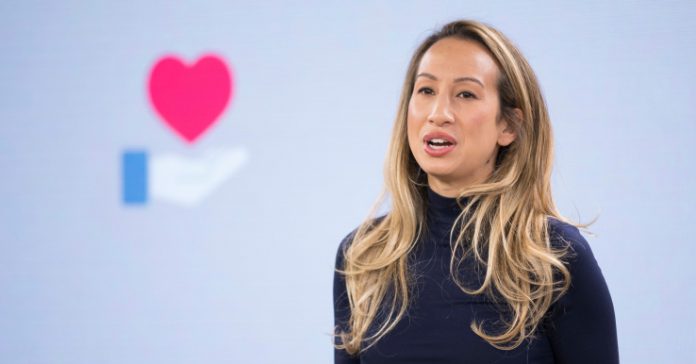 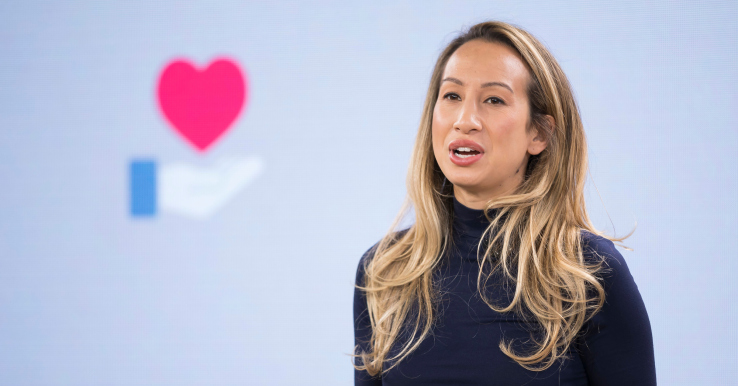 Facebook has always been about friends, but now it’s seeking a broader purpose. So today, Facebook is lending a hand with what it does best: social connections, APIs, and money. At its first Facebook Social Good Forum conference in New York City, the social network just unveiled a slew of new philanthropy-minded features and initiatives.

Mark Zuckerberg started the event with a keynote saying “For all the things that might try to pull people apart, if we can focus more on what brings our communities together, we can build common ground.”

Facebook is eliminating its 5% fee on donations so 100% of money sent through its Donate buttons go to the desired non-profit. Previously it took 5% to pay for credit card processing and verifying the 750,000 charities on its platform, but will now nobly eat that cost. However, personal fundraisers can still incur fees from 6.9% to 8.8%.

It’s setting up a $50 million per year Facebook Donations Fund to match giving on its app to causes like natural disaster relief. Facebook is expanding charitable giving tools to 13 countries in Europe plus Canada, New Zealand, and Australia.

It’s launching an Fundraiser API to sync Facebook fundraisers to offsite campaigns, starting with Susan G. Komen, JDRF, National Multiple Sclerosis Society and Movember, with plans to connect to 500 non-profits by end of Spring 2018. Its new Community Help API delivers data from Facebook’s crisis volunteering feature to disaster response organizations to assist them with routing resources. After signing up 4 million blood donors in India, Facebook will expand the program to Bengladesh in 2018. 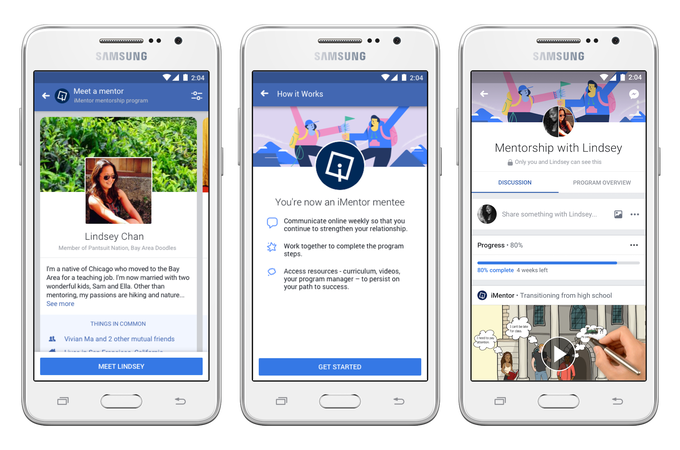 Finally, it’s launching a new Mentorship feature through partnered non-profits starting with iMentor for education and The International Rescue Committee for crisis recovery. People over 18 in need of addiction recovery, career advancement or other personal help will be matched with vetted mentors who will guide them through an on-Facebook curriculum of education materials.

Together, the features could make Facebook a more popular way to donate money, and facilitate delivering support to everyone from disaster victims to at-risk youth. 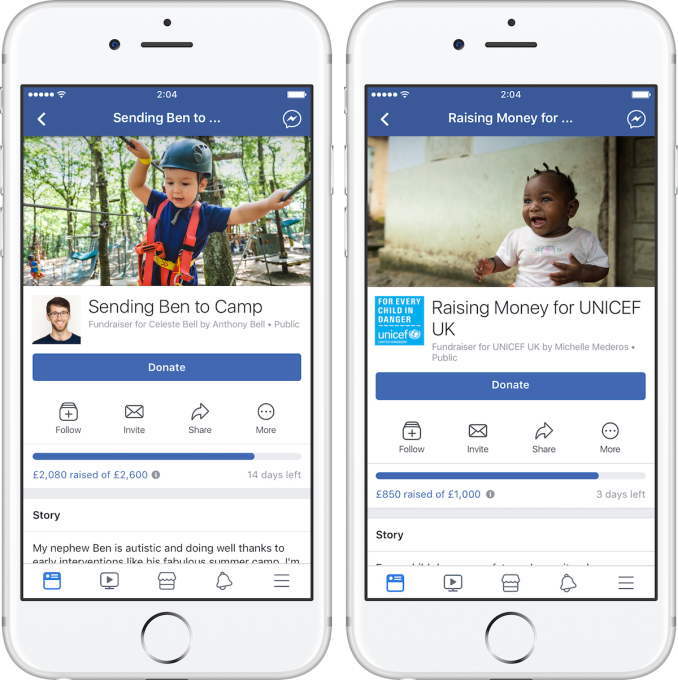 “Relationships are so important and on average an American has 3 or less people they can really depend on” says Naomi Gleit, Facebook’s VP of social good and longest standing employee other than Mark Zuckerberg. She says that previously, she had to lobby Facebook for one-off funds whenever she though it should match donations around big crises. “Now I have a more sustainable line item in the budget”.

Facebook isn’t quite clear how it’s going to run some of these programs, but is committed to learning. Facebook will rely on the success metrics of its Mentorship feature partners to quantify its progress, for example. And Gleit didn’t have answers to how Facebook would avoid bias in choosing which donations its new fund will match. “We don’t have the answers yet. it’s still too early. We need to figure out the specifics over time” Gleit says, but for now Facebook’s Donations Fund will match when the social network solicits donations on its crisis alert pages.

Zuckerberg discussed how from his year of travel around the U.S., he learned that “our relationships really shape our lives a lot more than I think we realize. If our relationships can help us set our sights just a little higher, we’ll all be better for it.” That’s why he asked his team what it could do, and they came up with this new mentorship feature.

“Facebook has mostly focused on connecting us to people we already know” Zuckerberg explained. “But I think it might be just as important to connect people to those outside of their network.” That’s a major shift for Facebook. But also one that could open it to solving new problems and exploring new business opportunities.

People in need are often surrounded by social graphs of others in need, so friends alone can’t always help. But looking beyond, there could be plenty of people willing to serve as role models or who can teach mentees how they pulled themselves out of dispair. Some of these mentors might not know their true worth until they see how good it feels to give.

Facebook has spent the year embroiled in scandals around fake news, Russian election interference, and violence on Facebook Live. And increasingly, Facebook is being derided for addicting people to mindless feed scrolling. But it’s clear that the company leadership wants Facebook’s legacy to be more positive, and is willing to put its product teams, engineering prowess, and stunning profits to work in service of its mission.