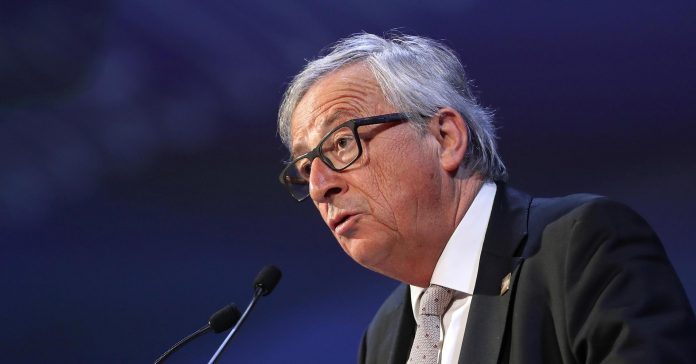 European Commission President Jean-Claude Juncker fired back at U.S. President Donald Trump‘s support for Brexit on Thursday, saying he would back independence for U.S. states.

“The newly elected U.S. president was happy that Brexit was taking place and has asked other countries to do the same,” Juncker told delegates at a conference of the center-right European People’s Party (EPP) in Malta on Thursday.

“If he goes on like that, I am going to promote the independence of Ohio and Austin, Texas,” he added.

White House spokesperson Sean Spicer claimed Trump had been a “leader in the effort to call Brexit” as he addressed reporters on Wednesday, shortly after Britain had officially triggered the formal process to exit the European Union.

Trump travelled to Scotland in June last year, on the day the results of the Brexit referendum were announced, and credited his own campaign as a key influence that had inspired U.K. citizens to vote to leave.

The former New York businessman also suggested Britain had taken “back their country” in divorcing the bloc.