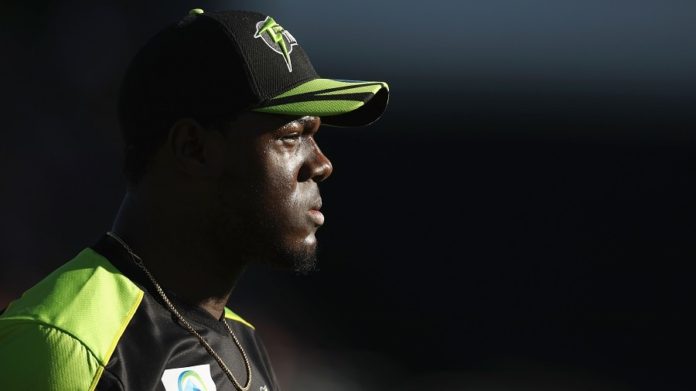 West Indies allrounders Dwayne Bravo and Carlos Brathwaite and England batsman Alex Hales were among the prominent players who have been ruled out of the second season of Pakistan Super League which begins on February 9.

Shakib Al Hasan and Tamim Iqbal of Bangladesh and Eoin Morgan, England’s limited-overs captain would only be only partially available. The reasons for the players’ withdrawals vary from injury to not getting no-objection certificates and the PSL clashing with international cricket.

Each PSL team has a squad of 15 and then five supplement players who can fill in if a local player becomes unavailable. So specifically to replenish their supply of overseas talent, the five franchises attended a short player draft on Monday.

Lahore Qalandars chose Jason Roy, the England opener, to fill in for Bravo for the first five matches. Bravo suffered a hamstring injury while playing for Melbourne Renegades in the Big Bash League earlier this month. He said he would be undergoing surgery and recovering in time for the PSL in February seemed unlikely.

Lahore have also called up James Franklin, the New Zealand allrounder, to take the place of his countryman Anton Devcich, whose knee injury has flared back up. Australia fast bowler Shaun Tait was the third Lahore player ruled out – shoulder problems – and has been replaced by Sydney Thunder offspinner Chris Green.

Andre Russell, who hurt his hamstring and knee in the BBL, is another high-profile player who might not play the PSL this season.

Russell, who helped Islamabad United win the title last February, is also awaiting the verdict from an anti-doping hearing and if found guilty, he could be banned for a maximum of two years. Although Islamabad did not drop Russell at the draft in Lahore, it is understood England fast bowler Steve Finn has been kept on standby.

Quetta Gladiators decided to swap Brathwaite for England allrounder Moeen Ali after learning he would not be available for the entire PSL.

With the WICB making it mandatory for players to take part in the domestic one-day competition to earn a national call-up, Brathwaite committed to the Regional Super50, which continues till February 18, whereas the PSL begins nine days earlier. Additionally, it is likely that he will be with the West Indies side when they take on England at home in the first week of March, which is when the PSL knockouts are scheduled.

Quetta have also dropped England fast bowler David Willey and bought back a player they relinquished at the October draft – New Zealand offspinner Nathan McCullum Sri Lanka allrounder Thisara Perera joined them as well, taking the spot of West Indies batsman Rovman Powell, who would be busy with the Regional Super50.

Shakib and Tamim were set to miss the initial part of the PSL considering they would likely with the Bangladesh squad in India to play a one-off Test from February 9 to 13. Both men were due to fly out to Dubai and join Peshawar Zalmi the day after the match ends. For now though the franchise has named former Sri Lanka batsman Tillakaratne Dilshan as a replacement for Shakib. Zalmi have also brought in senior West Indies batsman Marlon Samuels for Hales, who is nursing a fractured hand.

The PSL rules state that a team needs to have five overseas players in the squad at any given time. With Hales ruled out Zalmi currently have six players and on February 21 when Morgan leaves them to captain England in the Caribbean, that count will dip again. It will sink below the required limit when Shakib and Tamim head to Sri Lanka after the tour of India. So, Zalmi, it is learnt, are in talks with the Afghanistan Cricket Board and will recruit one of their players on Tuesday.

Mohammad Nabi and Mohammad Shahzad will miss the PSL since it runs parallel to the Afghanistan-Zimbabwe limited-overs series. Quetta have replaced Nabi with Rilee Rossouw, who recently ended his South Africa career by signing a Kolpak deal with the English county Hamspshire, and Zalmi have called up West Indies opener Andre Fletcher as cover for Shahzad.

The PSL will organise another draft in the final week of February featuring those players willing to tour Pakistan to play the final.