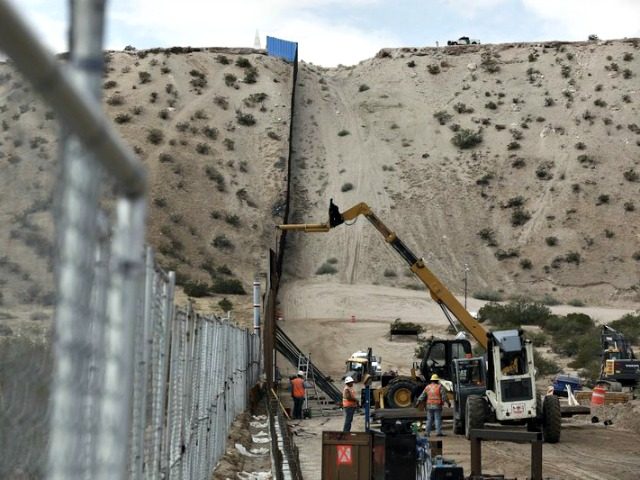 A bill to tax illegal immigrants to fund the construction of President Donald Trump’s border wall was introduced by Rep. Mike Rogers (R-AL).

The legislation known as the “Border Wall Funding Act of 2017” would impose a 2 percent tax on all remittances going back to Mexico from illegal and some legal immigrants living in the U.S. to pay for the estimated $12 billion border wall.

“President Trump has made it very clear that he intends to complete a wall along our Southern border,” Rogers said in a news release. “As a senior member of the Homeland Security committee, I have long supported the border wall, which will protect Americans.”

As the Center for Immigration Studies (CIS) has noted in the past, an estimated $54.2 billion is sent back to the home countries of illegal and legal immigrants living in the U.S. In 2014 alone, $24 billion was sent from the U.S. to Mexico in remittances, leaving that money entirely lost on the U.S. economy.

Meanwhile, South and Central American countries like Guatemala and El Salvador took in more than 15 percent of their overall growth domestic products (GDPs) in remittances from illegal and legal immigrants in the U.S.

Rogers said his legislation is “simple,” saying in a statement that “anyone who sends their money to countries that benefit from our porous borders and illegal immigration should be responsible for providing some of the funds needed to complete the wall.”

“This bill keeps money in the American economy, and most importantly, it creates a funding stream to build the wall,” Rogers said.

Immigration hawks have long supported a tax on remittances, which is something Trump first brought up on the 2016 presidential campaign trail.

The Federation for American Immigration (FAIR) is publicly supporting Rogers’ border wall funding plan, with spokesperson Cassie Williams telling Breitbart Texas in a statement that it would not cost the American taxpayer a dime.

“Congressman Rogers’ bill should be supported on both sides of the aisle because it will help reduce illegal immigration and save American jobs at no cost to taxpayers,” Williams said.

Experts like David North with Center for Immigration Studies has long argued for a remittance tax.

“This is something that actually could be done, and it would bring a billion dollars a year into the Treasury while setting up a series of records that state and federal tax officials could use to collect the income taxes that should be paid by illegal aliens and other remittance senders,” North wrote back in April 2016.

While it is likely the Trump Administration would support Rogers’ border wall funding plan, the White House is also weighing the option of cutting domestic spending as well, according to documents obtained by ABC News. For instance, $1.2 billion in grant money through the National Institutes of Health would be stripped to help pay for the wall, as well as $1.5 billion in community development block grants.